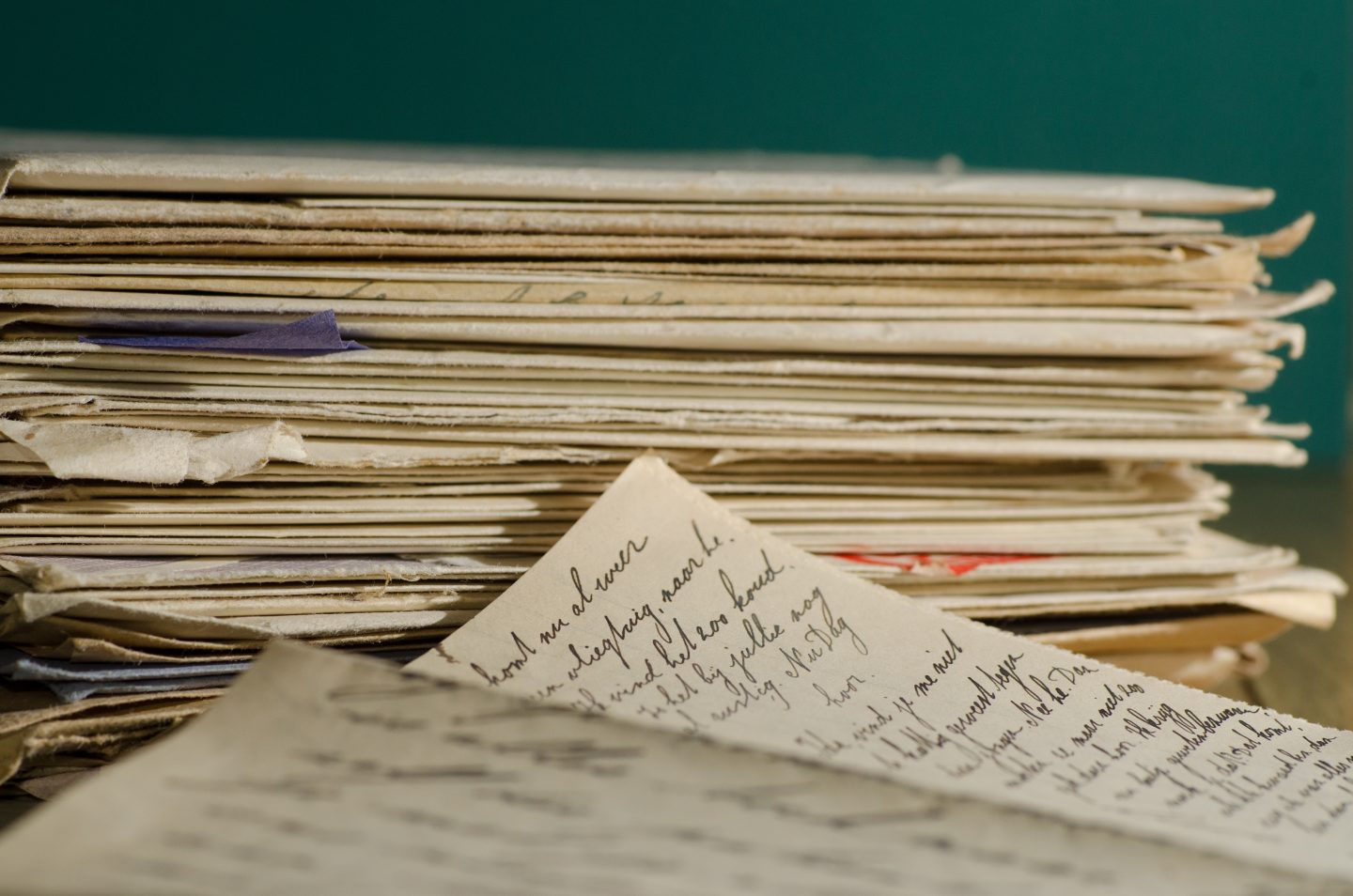 One can tell that the exam season is in full swing as the cries of help through the volume of memes about procrastinating increase. I have also been getting more questions on how I managed my time and I thought it would be great to share a post with some of my experiences.

This post is not meant to provide you with an exact science of how to get that first but to provide you with ideas and a starting point that I didn’t have on how to manage stress really, during the exam period. Over the three years of my law degree, I eventually learnt how I could best use my time as the exam season came up and which methods worked best for me.

Again, let me start by saying there is no exact science but I do believe there are basic principles of being productive (not busy) that will significantly improve your performance and help you to manage this stressful time a bit better. As mentioned in my earlier post Dealing with disappointment, as I approached third year I was frustrated by my performance in my 1st and 2nd year.

I had to be brutally honest with myself and analyse the areas in which I could improve and not rely on old methods of studying as clearly my approach hadn’t been working.

Failure is hard but how you come back from it is everything as I learnt. Even though I was convinced I had studied hard, I don’t think I had always studied smart in retrospect. I had to learn the hard way that being busy isn’t the same as being productive.

Thankfully I managed to pull a Britney level come-back and went from a couple of Desmond Ds and disappointments to Firsts.

The most important, and although easier said than done, top tip above all else is look after yourself. As the deadlines come closer and pressure mounts it can be easy to let a few important things slide such as getting enough sleep and eating properly.

I had to learn how to be stricter with myself and not give in to the guilt of feeling like I had to be studying at every waking moment.

I created a realistic plan and stuck to it even when I was tempted to do an all-nighter or work beyond my self-designated hours. I honestly believe that a balanced life during exams (and during the academic year) largely contributed to my final grades. I had been more consistent.

I also made use of the support services provided by the university and was in constant communication with a counsellor who helped me to set realistic goals. She was someone neutral that I could talk through any anxieties and worries that I had as I progressed through the academic year. This is something I would definitely recommend doing if such a service is available to you. Through it, I feel like I was able to maintain a more level headed approach and realise that sometimes I was being too hard on myself.

Setting time out to avoid burnout

Taking some time out throughout the academic year and especially during the revision period where I wasn’t working and instead I did things I enjoyed also helped. Admittedly, this becomes much more difficult as the deadlines come closer, but again, it was important in terms of maintaining balance and avoiding burn out.  The success of this during my exams largely came down to setting realistic expectations and knowing myself.

Fail to prepare, prepare to fail

One of the best pieces of advice that I have come across was not to underestimate the value of planning what you are going to do and when.  For some interesting ideas on being productive, I would recommend reading Getting Things Done by David Allen.

In Dealing with disappointment, I talked about failing even when you have planned and it’s true, sometimes you might do your best but it doesn’t all fall together. However, I still think it is valuable to plan, be strategic and realistic with how your best looks like. Although we all say we plan our revision, we don’t always fully plan something realistic that we can feasibly stick to given the stressful time that we have.

For me, planning my strategy was largely facilitated by my use of the bullet journaling system. To read more about this check out my earlier post Getting Things Done with the Bullet Journal.

Once the exam timetables came out, I made a schedule of what I would revise and when having taken into account the due dates of each exam. I worked backwards and evaluated realistically the time I had available to me and what I knew of myself, for example I was highly unlikely to do all-nighters or work extensively on a Sunday. I also made allowances for off days, my pace of reading, writing, memorising, and procrastination.

Although I would’ve loved to go through chapters and chapters of different material for example, I knew that on average I would only cover four topics in two subjects per day at most including taking detailed notes and memorising.

Planning also meant that I was approaching things systematically rather than randomly picking up bits of reading and memorising here and there. It took away the question of what should I focus on today or this week as I had already built a framework. At any given time, I knew what I was supposed to be doing, including which library or cafe I would go to etc.

If asked right now I could probably tell you as I recorded everything in the bullet journal and kept a track of my progress. That leads me to an important point, being able to track your progress is invaluable. It allows you to evaluate and gauge whether you are being effective according to your goals and it’s also a cool way of seeing how far you’ve come!

A typical day for me during the exam period:

Next I tried to not apply the same approach to each of my subjects because after 1st and 2nd year I learnt that different approaches were needed for certain things for me to learn them best. For example, in my final year I took; Roman Law, Corporate Insolvency, Information Technology and Law and a dissertation subject. IT Law and Roman Law were more case / scenario heavy and involved more problem and essay style questions. Whilst, Corporate Insolvency was more of a philosophical exploration of the principles and all the questions were essays.

For IT Law, I made case lists and slotted them into essay plans in the form of mind maps, whereas for Corporate Insolvency, I went over the material over and over again by taking notes using the Cornell Method, and then reducing them to a single A4 side for each topic and planning the information around essay plans. For me, engaging with the material in this way meant that I was constantly looking at it and doing something with it rather than passively revising. It also meant it was easier for me to recall the information later on. For an interesting book on how our brain processes information I would recommend How We Learn by Benedict Carey.

For my dissertation, after collecting some readings and ideas, I wrote my first draft by hand and typed it up later, only because I knew that I would find it easier to think and come up with good ideas on paper rather than on my laptop.

I cannot emphasise this enough: continually going over the information in different ways, as tedious as it sounds, definitely helped. I wasn’t passively revising but actively revising and reviewing strategically.

To facilitate in this review process, I collected all of the past papers I could get a hold of and where possible I tried to see what were the common topics and themes that came up year after year. This won’t always apply to all subjects but it definitely helps in narrowing down where you should place your focus. Also for certain subjects there are certain things that are guaranteed to come up in some form: for example, in Contract Law, the formation of a contract or cessation of one will come up at some point; in Trusts, how a trust is formed or what makes a valid trust will probably come up.

Using the past papers, I would do mind maps in the structure of an essay plan and try and fit in the new information that I had learnt to various topics in order to see the bigger picture.

When you don’t have time always remember that you do have tactics. Although I had tried my best to keep a balanced revision timetable my final exam was difficult to prepare for as my focus had been elsewhere leading up to it. In the six days that I had left (luckily there was that gap), I employed a more condensed version of my revision methods.  At this point I had already gone through an initial review and condensing process earlier on and continued with practising answering old questions.

A final point to make here is that don’t compare yourself to others. In law school especially, it can be hard not to compare and feel inadequate but, trust me, we all feel inadequate at some point and we all struggle and if anyone says otherwise, they are lying (yes even that person who comes to lectures in suits and has read all the material struggles at some point too)! In short, create an approach that works for you and, as cheesy as it sounds, as long as you know that you did your best for you, it will be easier to handle.