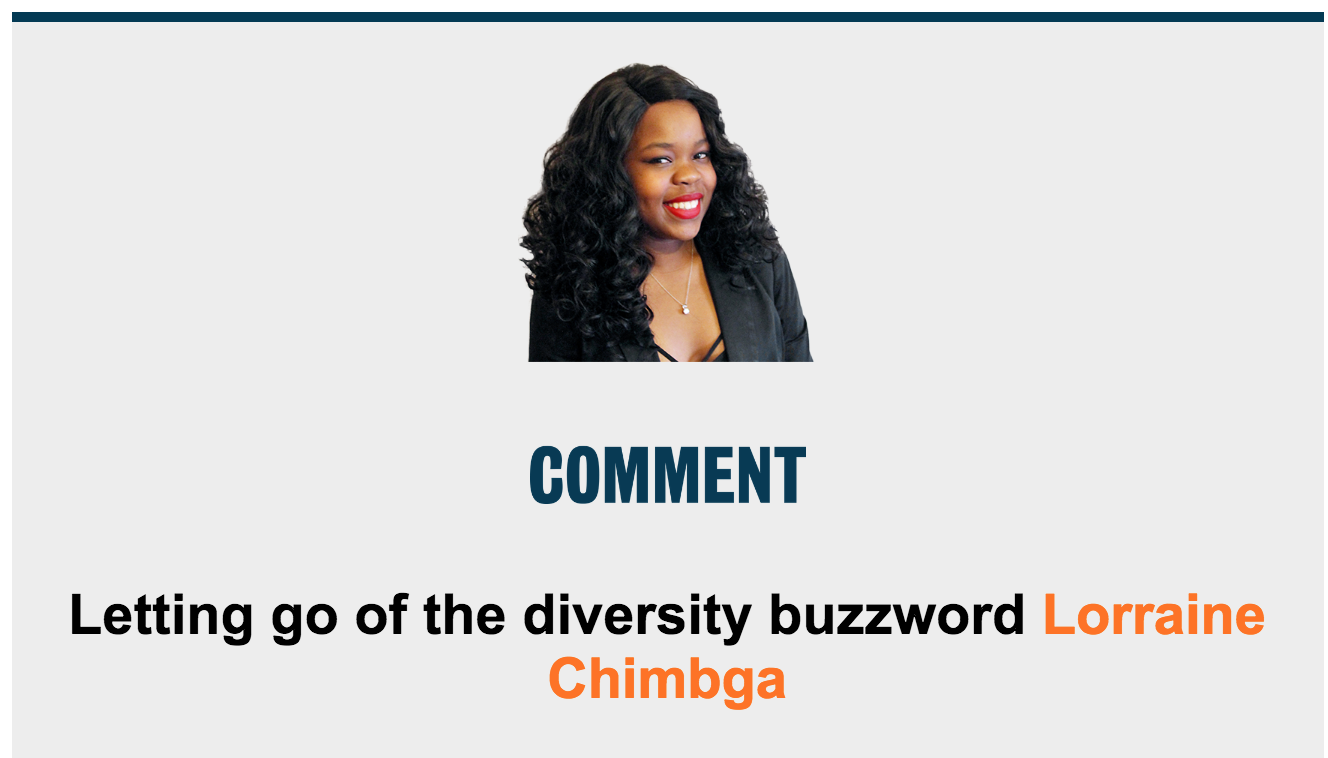 Here’s the latest piece that I wrote for The Times’ The Brief on whether diversity is sometimes used as a buzzword. Let me know what you think! (Link: Letting go of the diversity buzzword)

Has the legal profession lost the meaning of diversity?

Potential applicants to international law firms in the City of London need only look at the glossy corporate social responsibility brochures and websites proclaiming diversity to be fooled into thinking that we have made great strides in the profession.

However, a look at the ethnic minority population of London – 55 per cent – renders the figures far from satisfactory considering that the top law firms are located in the City. Moreover, the figure of ethnic minority partners at large commercial law firms dips to 9 per cent. The more the surface is scratched, the closer the diversity illusion comes to being completely shattered.

Yet for more than a decade the word “diversity” has been brandished like a crucifix against the accusing incantations that the legal profession might still be more “pale, male and stale” than we should like to admit.

But the drive for diversity should not simply be about a discussion of quotas, positive discrimination, saying the right thing and presenting schemes that look good on paper.

A report published last month by Prime, the social diversity organisation for the legal profession, revealed that 67 per cent of students involved in its access scheme had received no further contact from firms after their placements. There is an underlying sense of if you “get one in” your job is done. Yet it is clear that continuous effort is required to broaden access to the top levels of the profession. There is a sense that by recruiting those from less advantaged backgrounds an altruistic act has been performed. But that is not right.

Rather than trying to reinvent the wheel and pursue discrete definitions of diversity, a clearer conception of what it means to the profession needs to be established. We need to push for clearer and measurable targets in the recruitment, retention and promotion of the under-represented in the profession.

Real progress will require a concerted effort across the profession as a whole rather than a few well-placed hashtags. In addition to focusing on those who are already halfway there, more should be done to invest in peer mentoring schemes and outreach at earlier stages, namely at state secondary schools, to raise awareness and widen the pool of talent.

A meaningful conception of diversity must include representatives from all sides of the process at each key stage. That means all of us.

I have hardly begun my legal career and I am already tired of waiting. It is no longer a case of more being needed to be done; we must strive towards meaningful change instead of hoarding statistics.

Lorraine Chimbga is a final year law student at University College London and is also studying information technology and the law at the London School of Economics; she intends to qualify as a solicitor specialising in technology, media and telecommunications