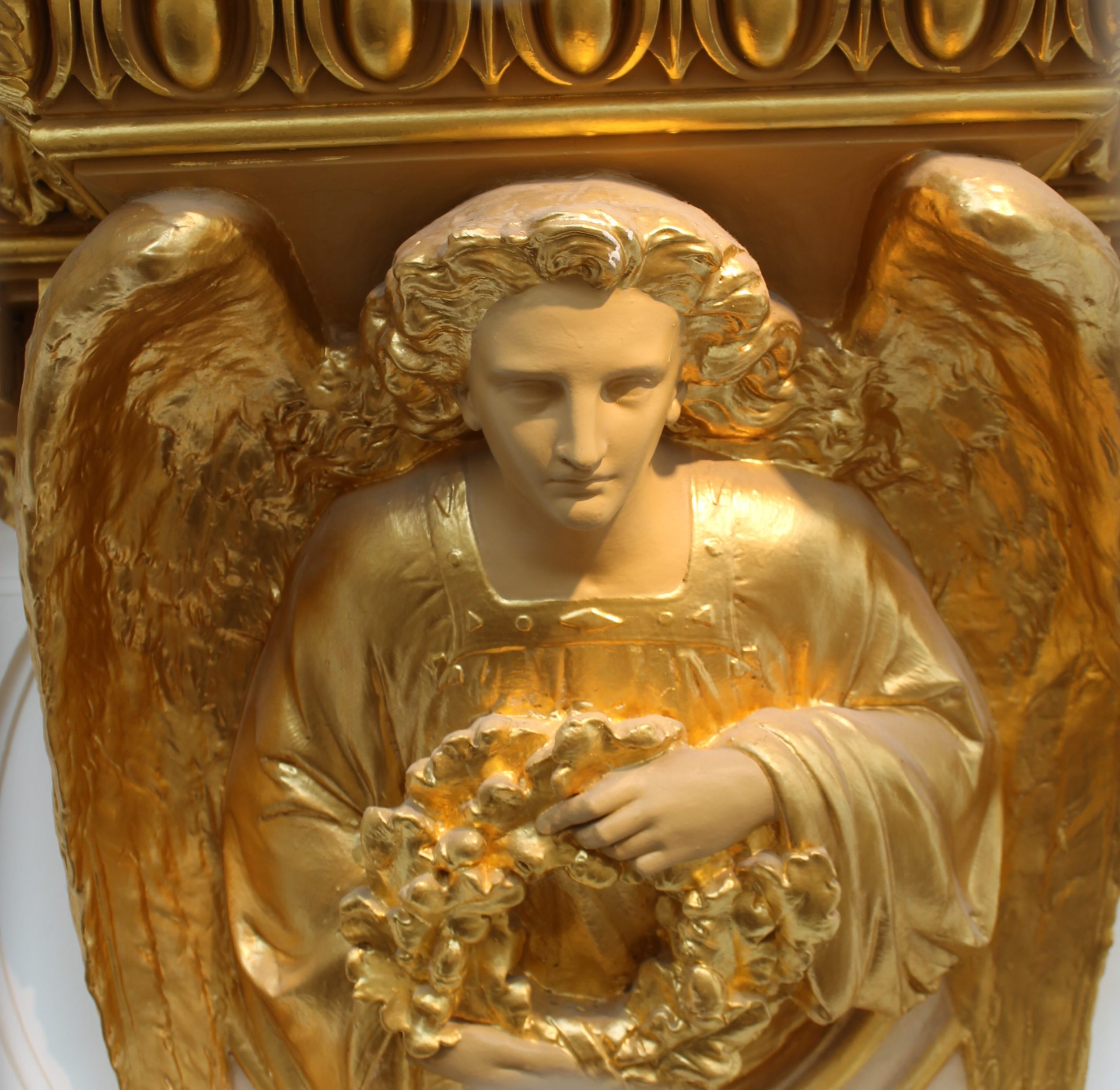 I wrote this piece for my final year of college and the poem is by one of my favorite poets; Aphra Behn. She probably appealed to me because not only was she revolutionary in her own way; from being one of the first women to make a living off her writing during the Restoration period in England, to being an alleged spy for the King, to being a prolific writer in her time. She managed to tackle taboo topics and for me her writing at times seems timeless.

Below I analyse one of her most famous works, and of course one of my favorite poems of hers. If you’d like to check out her poem here’s an external link: Poetry Foundation

To what extent does Aphra Behn’s ‘The Disappointment’ complicate the links drawn between gender and power?

In The Disappointment, Aphra Behn seems to challenge the established roles of men and women in society in order to revise the oppressive presentations of power in relation to gender roles, often notable in the poetic construction of romance sexuality.

Kate Millet argues that there is a relationship between sex and power and ‘the distribution of power over the female and male partners mirrors the distribution of power over male and females in society’. I agree that such a relationship is replicated in The Disappointment as the patriarchal figure (Lysander) seeks to dominate Cloris within the poem. Behn seems to challenge such a relationship by ultimately transferring the power to Cloris. As one critic argues,  The Disappointment isn’t  about impotence so much as it is about power at a number of levels. In this sense, The Disappointment questions the conventional gender roles by highlighting the dynamics of power which are illustrated by Cloris and Lysander’s meeting in the ‘lone thicket’. This then complicates the traditional ideas of gender and power through some unexpected presentations of female power as a woman tells what is traditionally a man’s story.

Our initial introduction to Lysander is that he lacks control and is ruled by his physical desires, suggesting his inability to control himself sexually. This is underlined by the description of him being ‘swayed’ by an ‘impatient passion’. To me, Behn questions the notions of power as a definitive aspect of male identity immediately here as the verb ‘swayed’ seems to imply a weakness that isn’t stated directly. I find that by using the ‘lone thicket’ as a natural scene away from society’s gaze and as the scene where events unfold is then significant. By allowing a new setting for sexual relations to unfold, it acts as a way of exposing the weak foundations and fragile construction of existing literary conventions and socially defined gender roles. I think Behn does so by humorously questioning the very basis of male authority through Lysander’s ‘weeping’ and implied impotence.

It is significant that by the end of the opening stanza Cloris is guiding Lysander with her ‘bright eyes’ when he has ‘no light to guide the world’.(2) Behn may have done this to suggest Lysander has a semblance of power within his assigned gender role only because Cloris permits it. The fact that Cloris is by implication left ‘to guide the world’ suggests she is not a passive object of Lysander’s sexual ambitions but she is an active force that participates in (rather than spectates upon) the unfolding events. Moreover, the idea of Cloris taking control when Lysander fails to an 18th century audience in particular may have complicated the existing links between power and gender as it’s holder is Cloris who is a woman left in control. This further complicates the idea of power within gender roles as Cloris is granted a form of authority over events in which she might have been powerless otherwise.

This potential for female power is highlighted later on through interesting presentations of Lysander seemingly weakened by passion. The intensity of his arousal seems to be his undoing as he pursues the defenceless Cloris in the ‘lone thicket’. However, his male power is conveyed through the imagery of natural elements and temperature; ‘his burning trembling hand he prest upon her melting snowy breast.’ This imagery of fire versus ice at first glance favours the power to be in the male gender role as it seems to be the natural order of things. Moreover, the possible mythological reference to Phoebus through ‘the gilded planet of day’ implies that Lysander is in a powerful superior position. However, the fact that he’s described as ‘descending’ could be seen as a suggestive directional indicator highlighting the reversal of sexual dominance-therefore power- within the poem. Yet although Lysander is portrayed as ‘trembling’ he still has power over Cloris who melts even in his weakness. This could be a way of suggesting that due to the social constructs of gender, even weak males are seen to be powerful.  The adjective ‘gilded’ seems to compare him to the sun and as golden thus even the imagery employed to describe Lysander initially lends power to his gender. It could also be a way of Behn accepting through the imagery of such natural elements, that the male gender role will always be seen to be more potent and capable of destroying the female.

However, I would suggest it is significant that Behn chooses to follow this first stanza with continued implications that Lysander isn’t a powerful force over Cloris, whom one can assume to be a representative of the female gender role. The phrase ‘permits his force’ clearly suggests Lysander isn’t as influential over her as he or we as readers, first thought. ‘Permits’ suggests she has the “power to permit or to prohibit”, implying he can have an illusion of power if and only when she allows it. Moreover the fact that she ‘permits his force’ with ‘languishment’ enforces this idea of Cloris acting on her own time; she doesn’t bend easily to his will as expected. We witness a worshipful defeat as the climax builds in the second stanza when we see Lysander ‘lay’ before Cloris. The links between power and gender are further complicated  because I think as a modern reader, it is possible to retrospectively view Behn’s poem as subtly illustrating to the men of her own society that, like Lysander, they only posses an illusion of absolute power due to their gender.  As a modern reader this imagery of a surrendering man complicates the links between power and gender as it seems to urge men to accept defeat and the fact that women can also be powerful without negative connotations. In doing so Behn suggests men can be weak by recalibrating our idea of the strong heroic male and placing him in a physically subordinate position. Moreover, the power shifting into Cloris’ hands when she ‘permits his force’ and actively attracts Lysander has further sexual connotations, which could be Behn’s way of endorsing female sexuality as a way of achieving power over males.

However, viewing sexuality as a source of power can be problematic especially if the symbol of power fails;  in Lysander’s case his genitalia which is described as the ‘Fabulous Priapras’. Behn challenges the notion when ironically the victim’s positions are reversed as both Lysander and the events of the poem reach a climax half way through the poem. In my opinion it is symbolic that this happens physically halfway through the poem, as the proceeding seven stanzas highlight the dangers and consequences open to men like Lysander who seek the object of their vows ‘without respect or fear’. Behn introduces the metaphor of the male lover as military conqueror through the militaristic and religious imagery employed. We are told that Cloris’ ‘unguarded beauties lie’ as ‘the spoils and trophies of the enemy’. Given that the ‘spoils’ and ‘trophies’ are ‘unguarded’, how powerful a conquest is this? As a metaphor ‘trophies’ could suggest a symbolization of power and by having achieved such a conquest it suggests that the man who possesses the most “trophies” has power. Behn complicates this however, because Lysander, ‘the enemy’,  fails to conquer Cloris suggesting Lysander’s conquest isn’t really a powerful one.

The Disappointment is a translation of a French perfect enjoyment poem. A main point of contrast is that these poems were traditionally written by males and unlike Lysander, the male subjects in these poems recover from their sexual failure. Behn chooses to challenge the form by modifying the French original (the most dramatic alteration being she chooses to omit two-thirds of the poem where Lysander recovers.) By not returning his power she does seem to complicate the links between gender and power, as power’s not reasserted, reconfirmed or returned to Lysander in any form as part of his masculine identity. In doing so, Behn also shifts the power to Cloris by enabling her to flee the scene when Lysander fails sexually, suggesting that women have power that men may not be willing to acknowledge. To me, this gives Cloris an active agency within the scene, implying that women already have the power within them to escape ‘the enemy’, which can be seen to be a metaphor for the patriarchal society.

In conclusion, although Behn goes some way to challenge the established links between gender and power she does make some concessions. There is a suggestion that men have a divine right to power that cannot be diminished. Lysander is still likened to and described as ‘god of her desires’, suggesting his power cannot be easily taken away further suggesting women cannot be more powerful despite their efforts, whereby even when men are ‘disarm’d’ they still maintain their position in a divinely sanctioned hierarchy.

I do feel it is significant that the poem ends by revealing that Cloris has to flee with ‘fear’ and ‘haste’, suggesting that the links are still clear and Cloris seems to recognize that she’s vulnerable within her gender, open to ‘shame’ and judgement from ‘the pursuing eyes’ which in this case could be a metaphor for society.

I believe this could be a way for Behn to criticise the way religion has also shaped gender roles through the Bible.  It is significant that ‘damned him to hell’ is the last line of the poem, seeming to suggest that when women have any power it leads to troubles. In Lysander’s case he blames his impotence on Cloris. It is then significant that ‘bewitching’ and ‘hell’ have anti-Christian connotations. If read as a metaphor, for some modern and 18th century readers,  Behn could be acknowledging the fact that perhaps the reason why the links between gender and power are difficult to separate is that it could be seen as sacrilegious by some to even attempt it.