As always the notes follow the outline of the mindmap. The picture below has less detail it’s just to give an overview of the main points. The PDF version (Consideration2) shows all the levels of the mindmap. (Reflected in the notes) 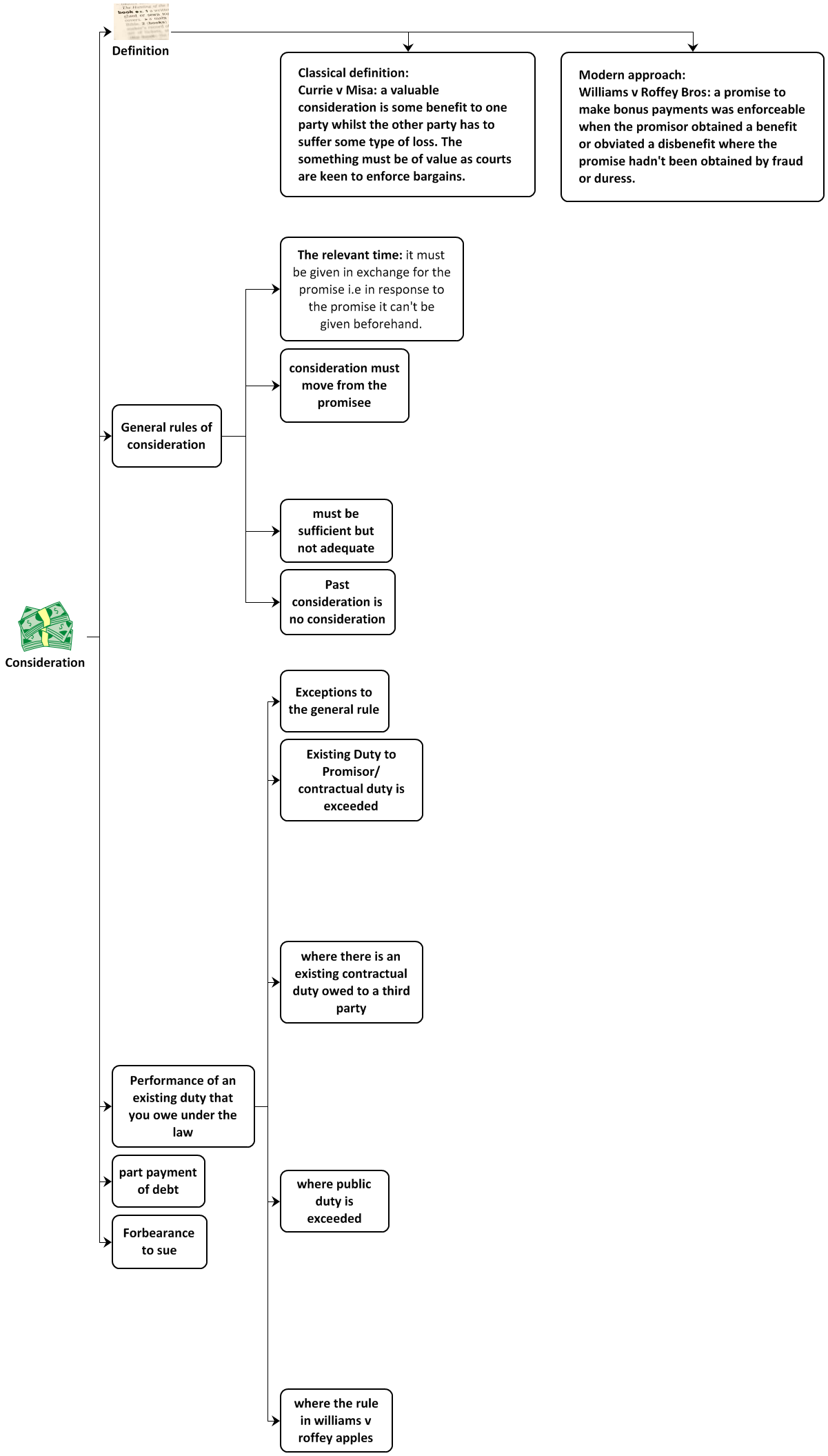 Intangible Returns: are where for example A agrees to sell book and B promises to be nice in return. Can emotional gifts be consideration?

With English law being English law, there are however a number of exceptions to this general rule.

Normally this would be past consideration as the action is done before the promise. However the court held that if it’s clear that the only reason someone would do an act is in expectation of a reward, then even if consideration is past it WILL be valid.

Exceptions to the general rule

A pre-existing duty to the promisor can be legally sufficient consideration if the promisor derives a practical benefit from the agreement and if the promise isn’t given under economic duress. The test for understanding whether the contract could be legitimately varied is as follows:

Criticism: Roffey wrongfully decided and doesn’t take into account Beer. And reasoned wrongly as it relies on a case that’s not relevant, and extrapolates case to a two person relationship. Basically its wrong!

Problem: Coleman’s comments are obiter and not ratio. So it’s left to us to think about the rightness of Williams and Roffey bros. Easy answer: they deal with different issues. They both cases deal with performance of an existing contractual duty.

Which is why William v Roffey Bro’s is controversial- if you’re owed a debt then getting the money early is of benefit to you, so surely early payment should be good consideration?

Feeling fear and not …