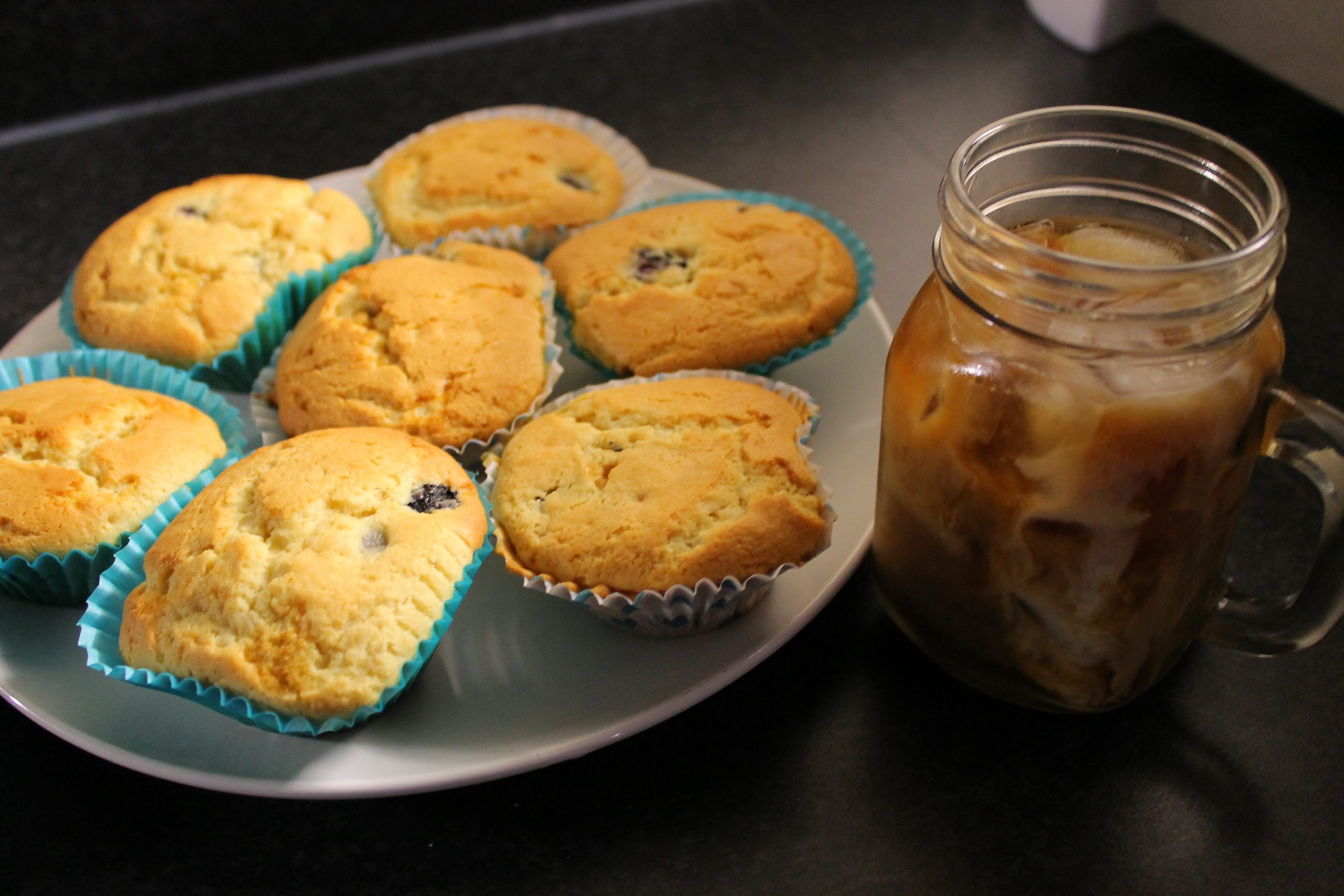 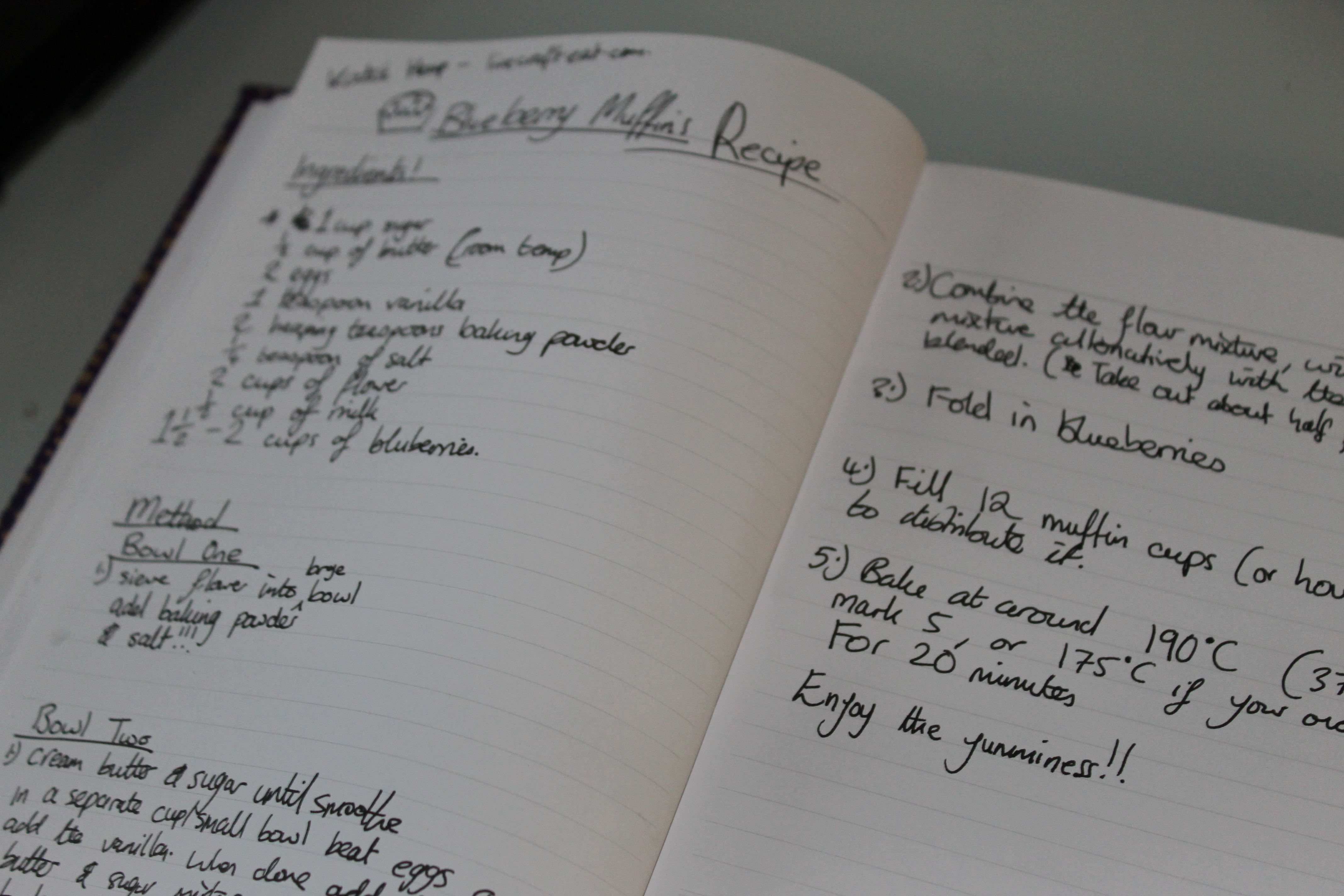 The Great British Bake Off season is well and truly under way, and having been diligently following the oven based drama for the last few weeks, I thought it was about time I started baking again.  And also to enjoy the freedom while it lasts before I have to move back to uni and think twice about those electricity bills and the cost of ingredients.

Besides, I was also becoming a serial ghost pinner on Pinterest and thought it was about time I started attempting some of those inspiring pins and see how it turned out. And I can safely say it wasn’t half bad. Although expectation versus reality did come into play a little bit… that may or may not have something to do with me using the wrong kind of spoon.

I decided to go for Blueberry Muffins because I’ve never baked with fruit before and I had a craving for them, so the choice was set.

This doesn’t have quite the same effect as Sue and Mel but without further ado, ready, set bake! 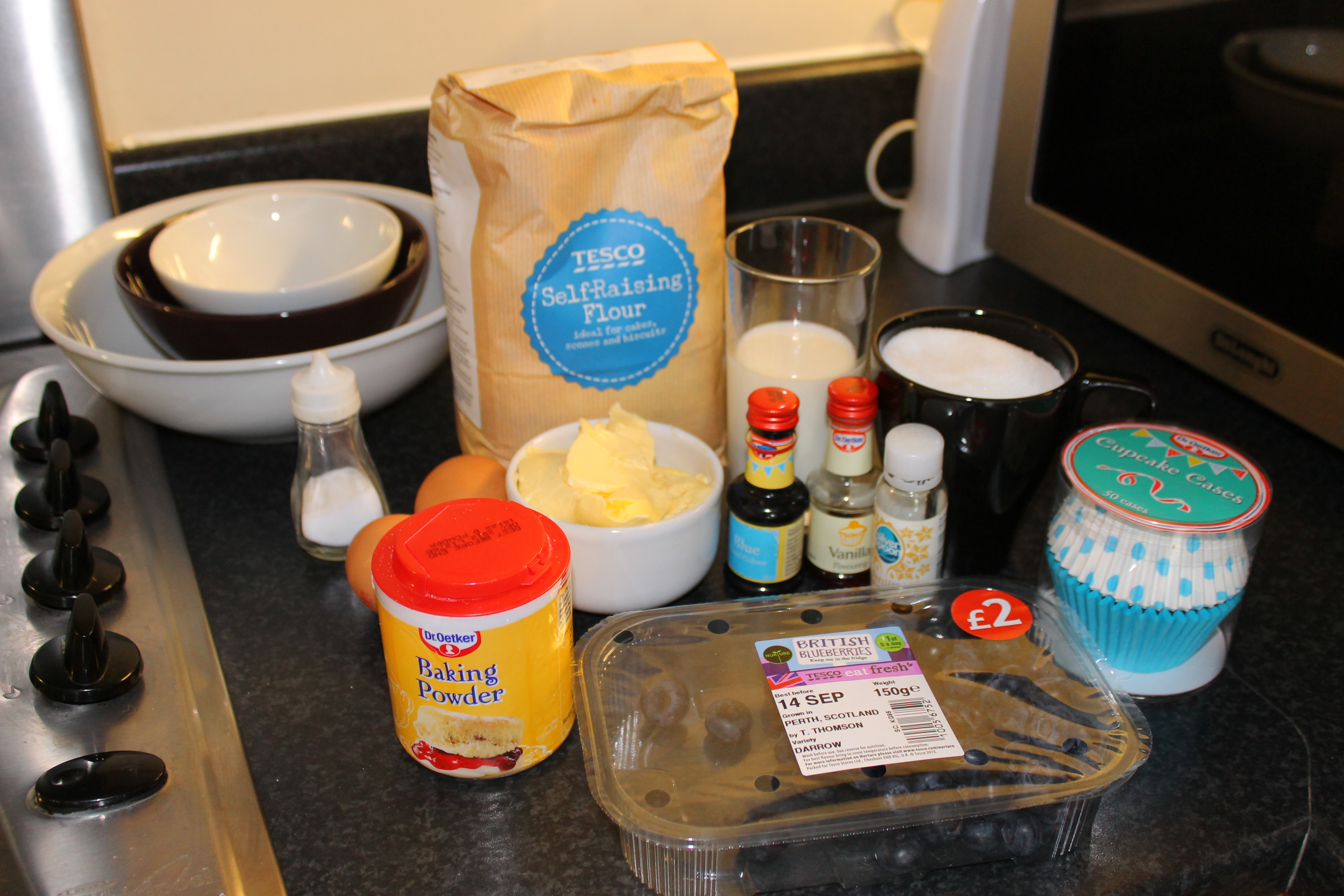 Be warned I usually measure in cups, spoons and guesstimating, mainly because the scales are usually too far away.

Method in the madness:

Step One: in bowl One 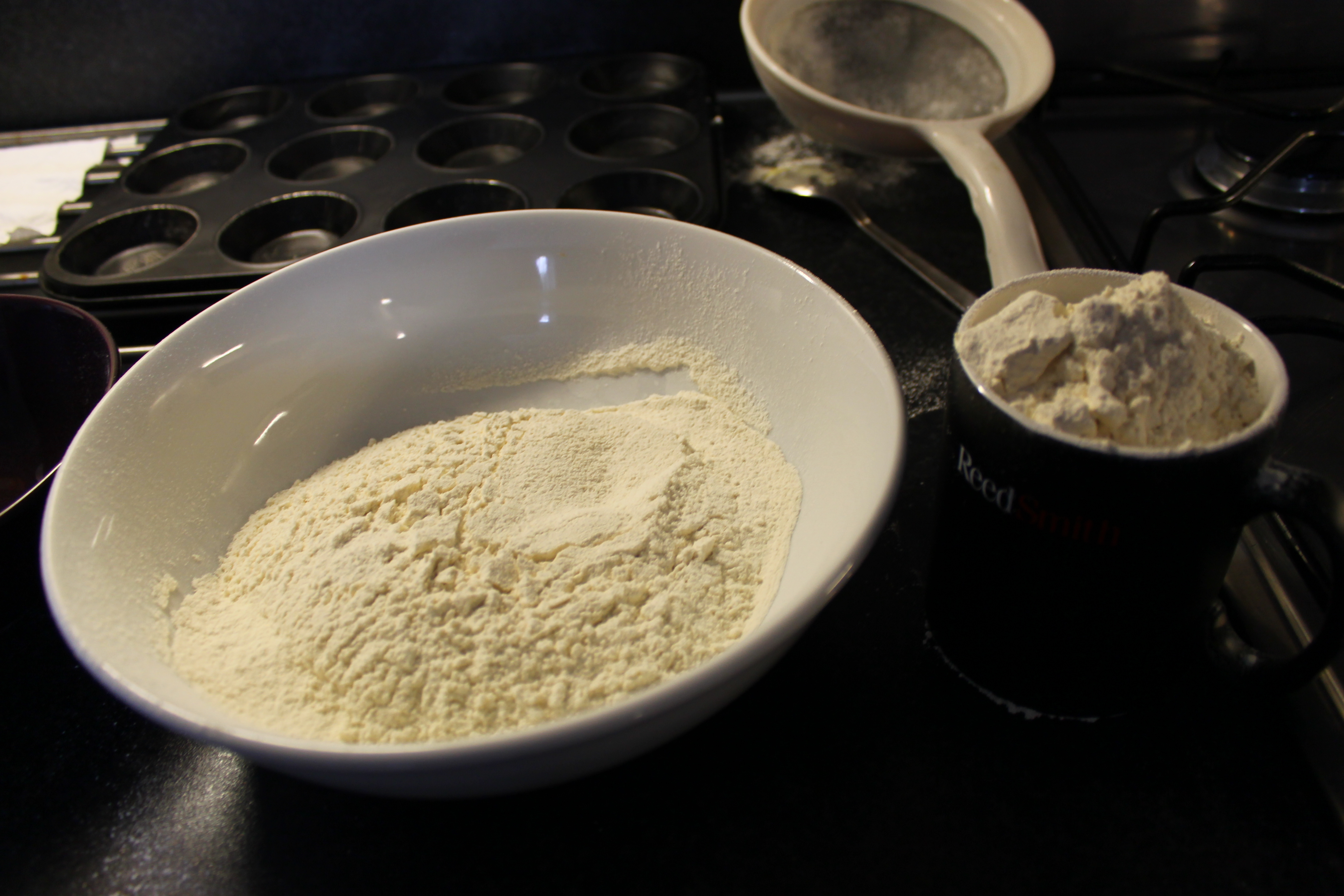 (Also note to self – don’t get absent minded whilst using the mixer, you might end up lifting it out while it’s still going.) 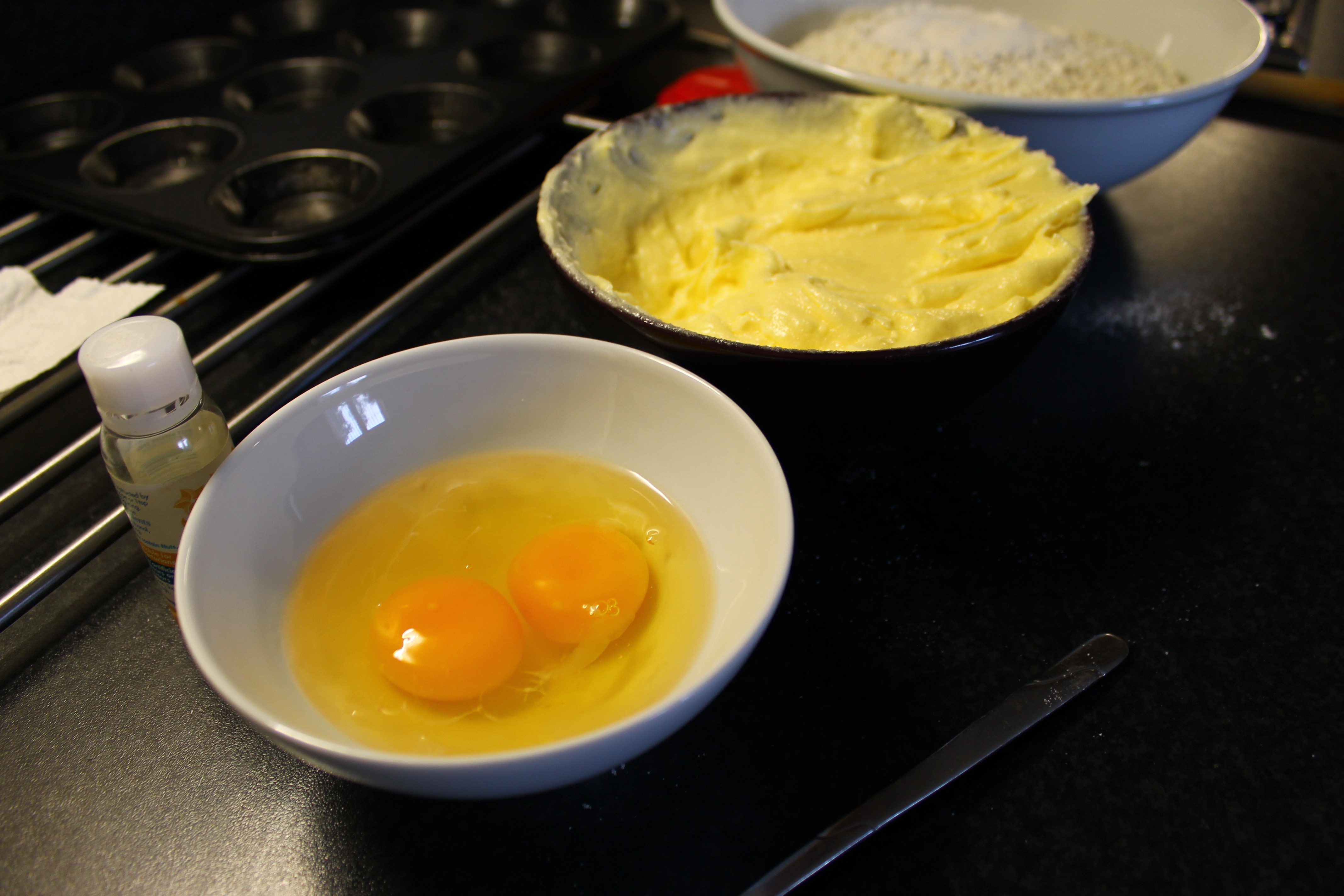 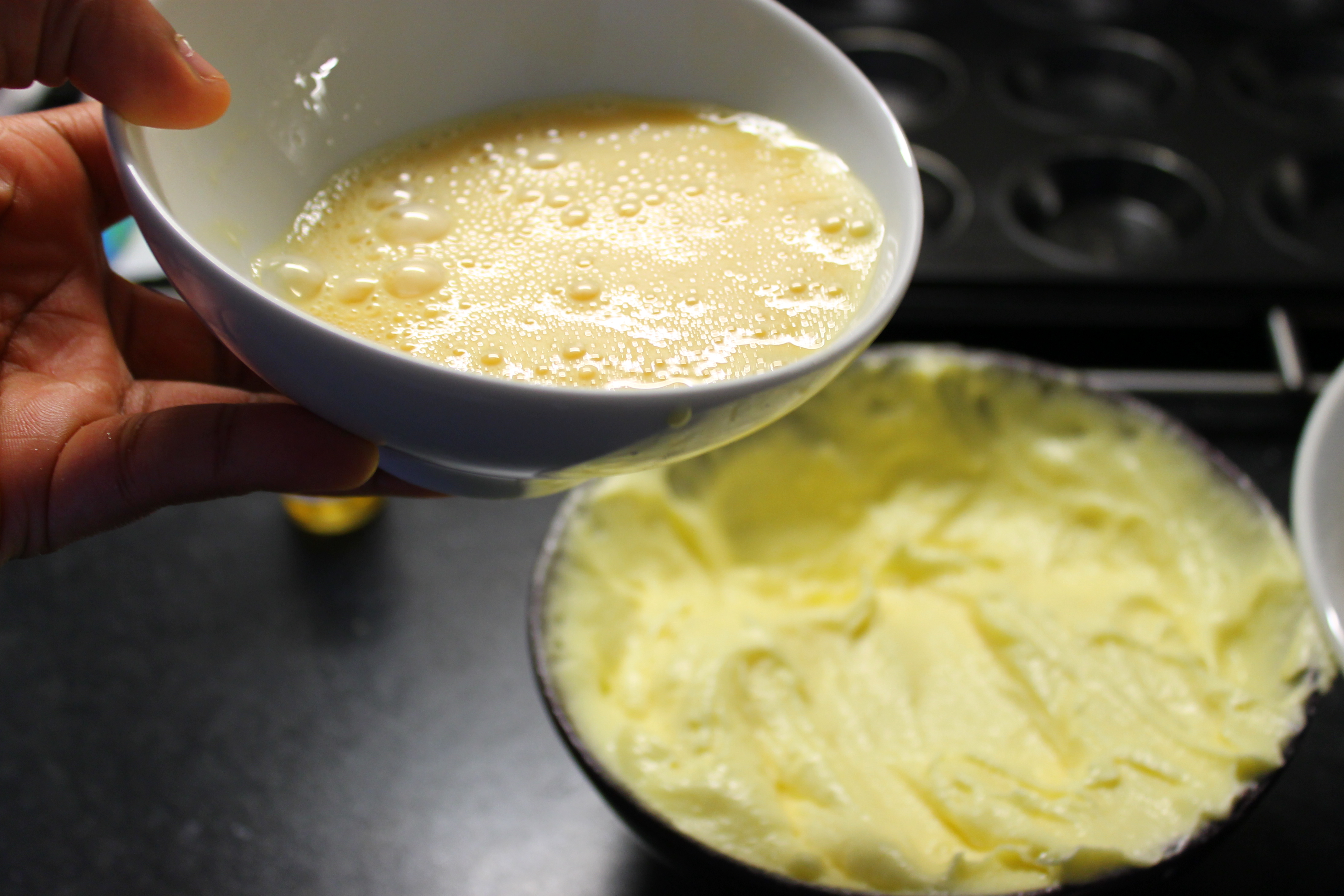 I prefer putting some of the flour mixture into a mug while I slowly mix the other half so it doesn’t get too much and lump together.

Then put it in the rest of the flour at the end and mix. This comes out smoother and the process is less messy. 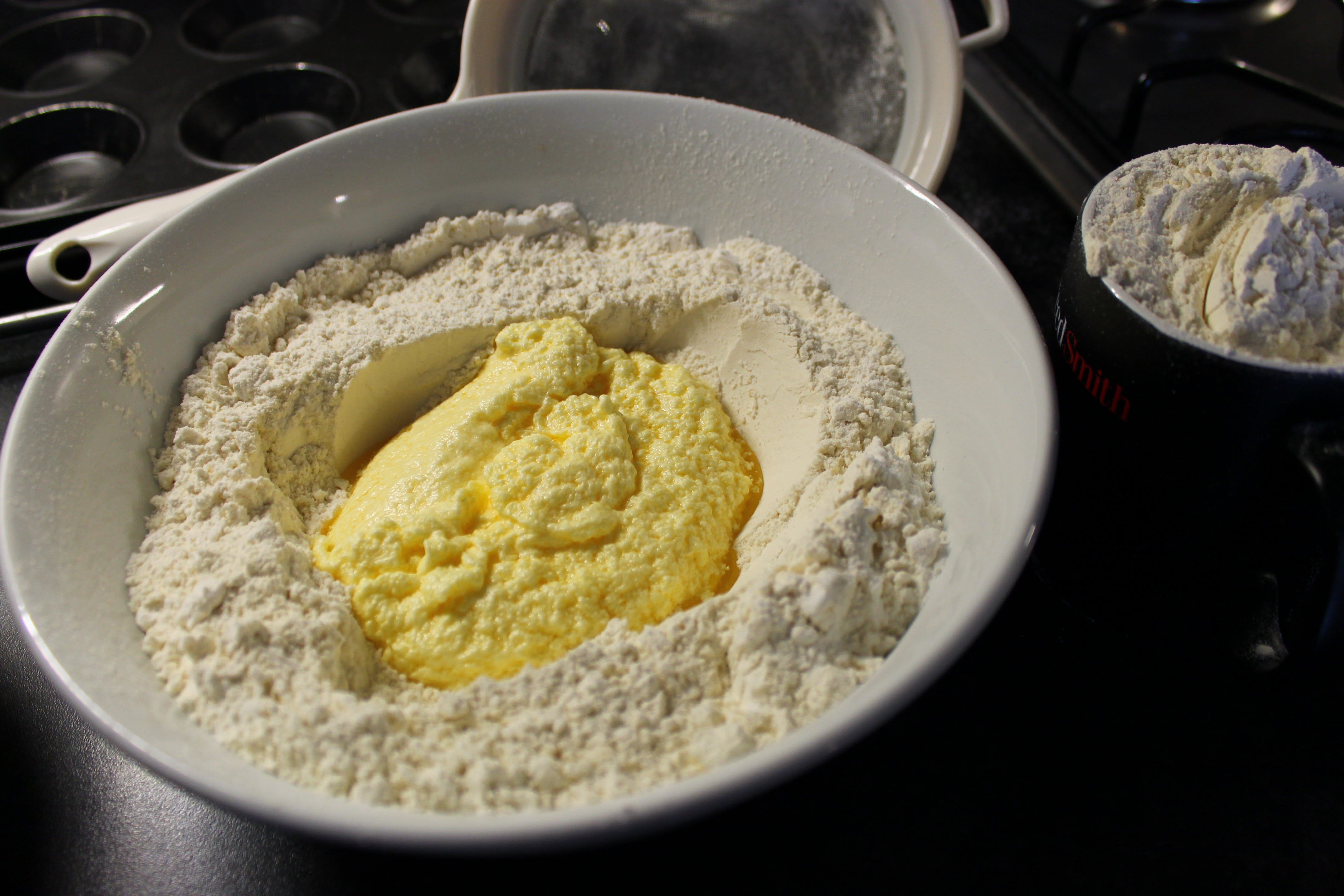 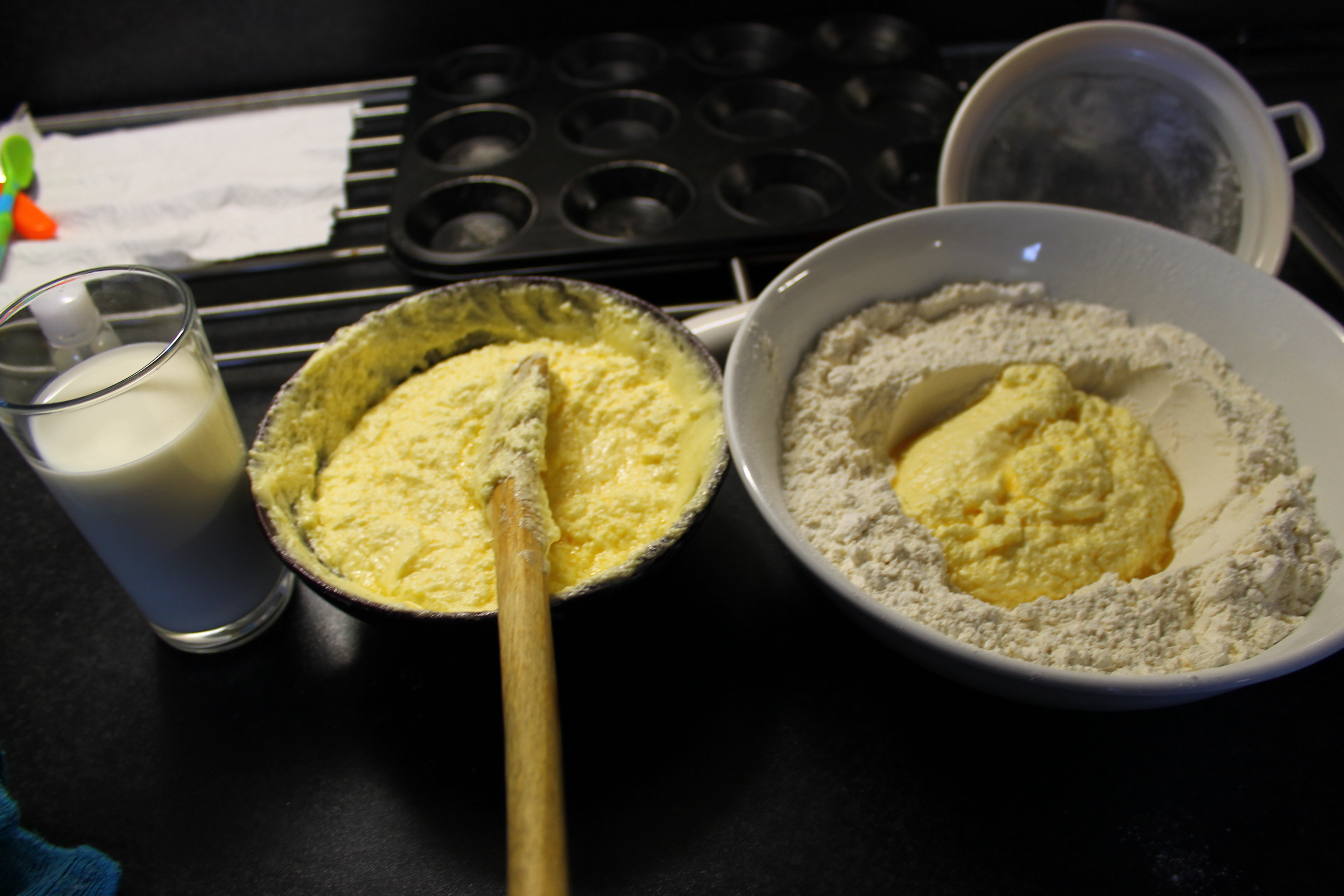 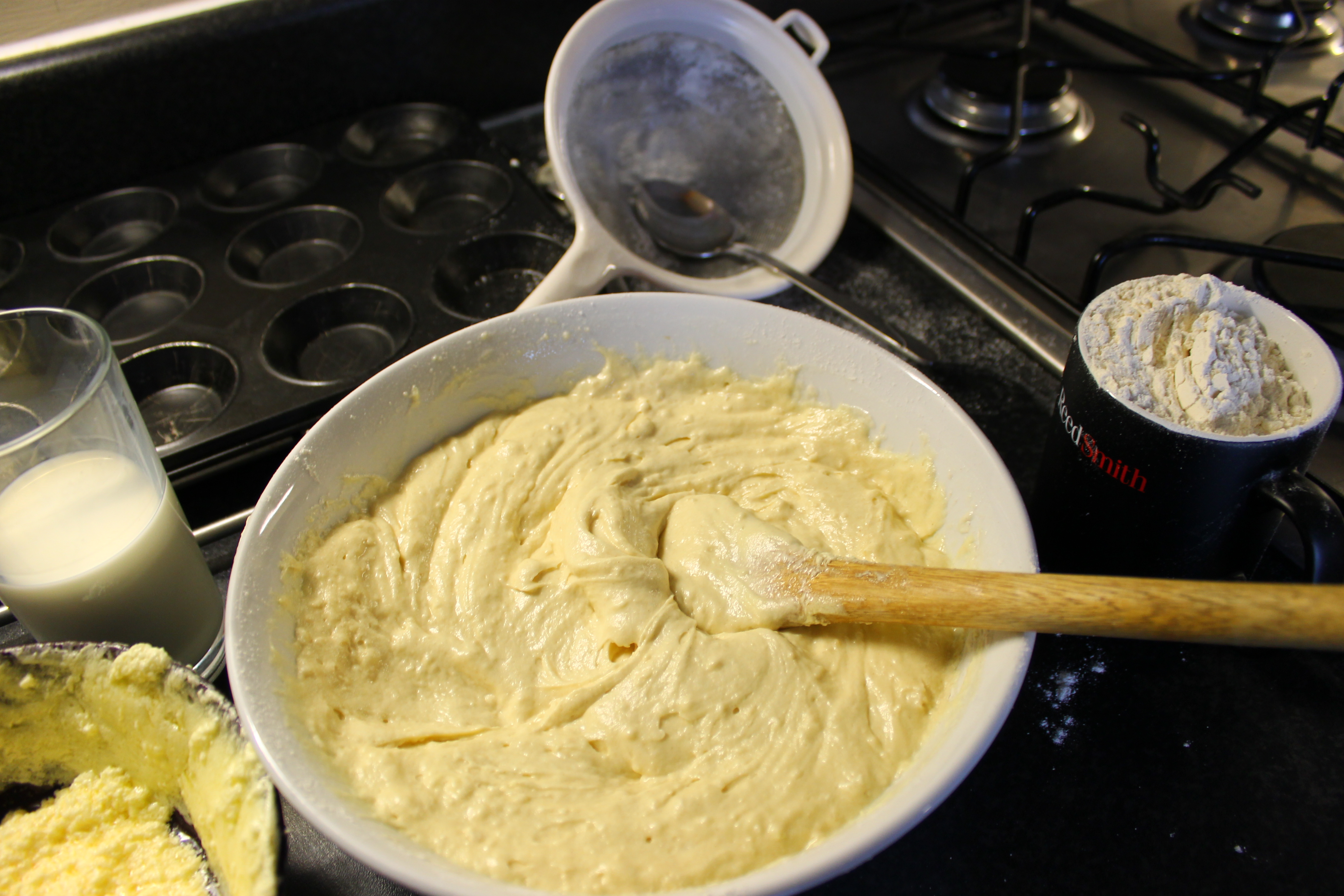 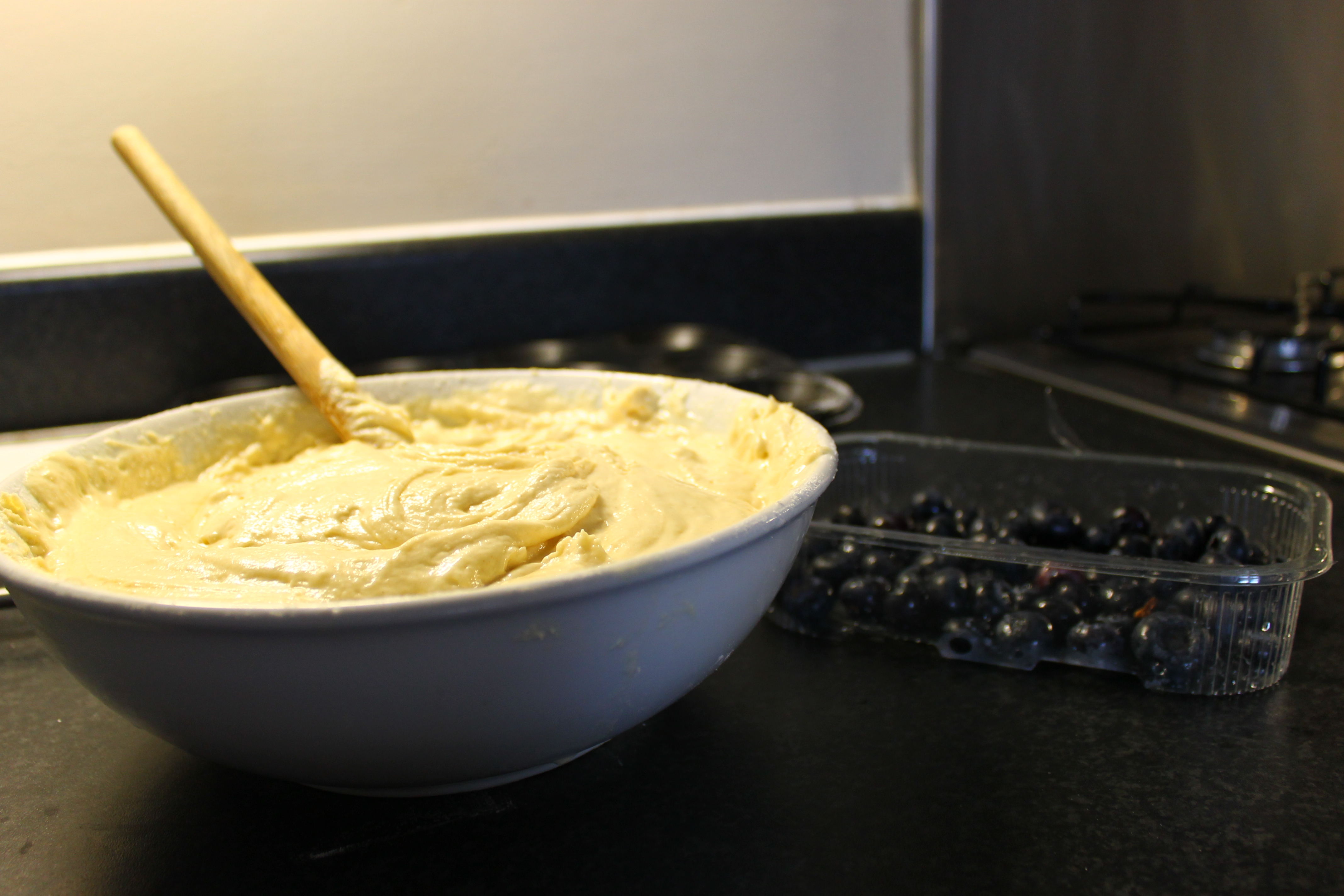 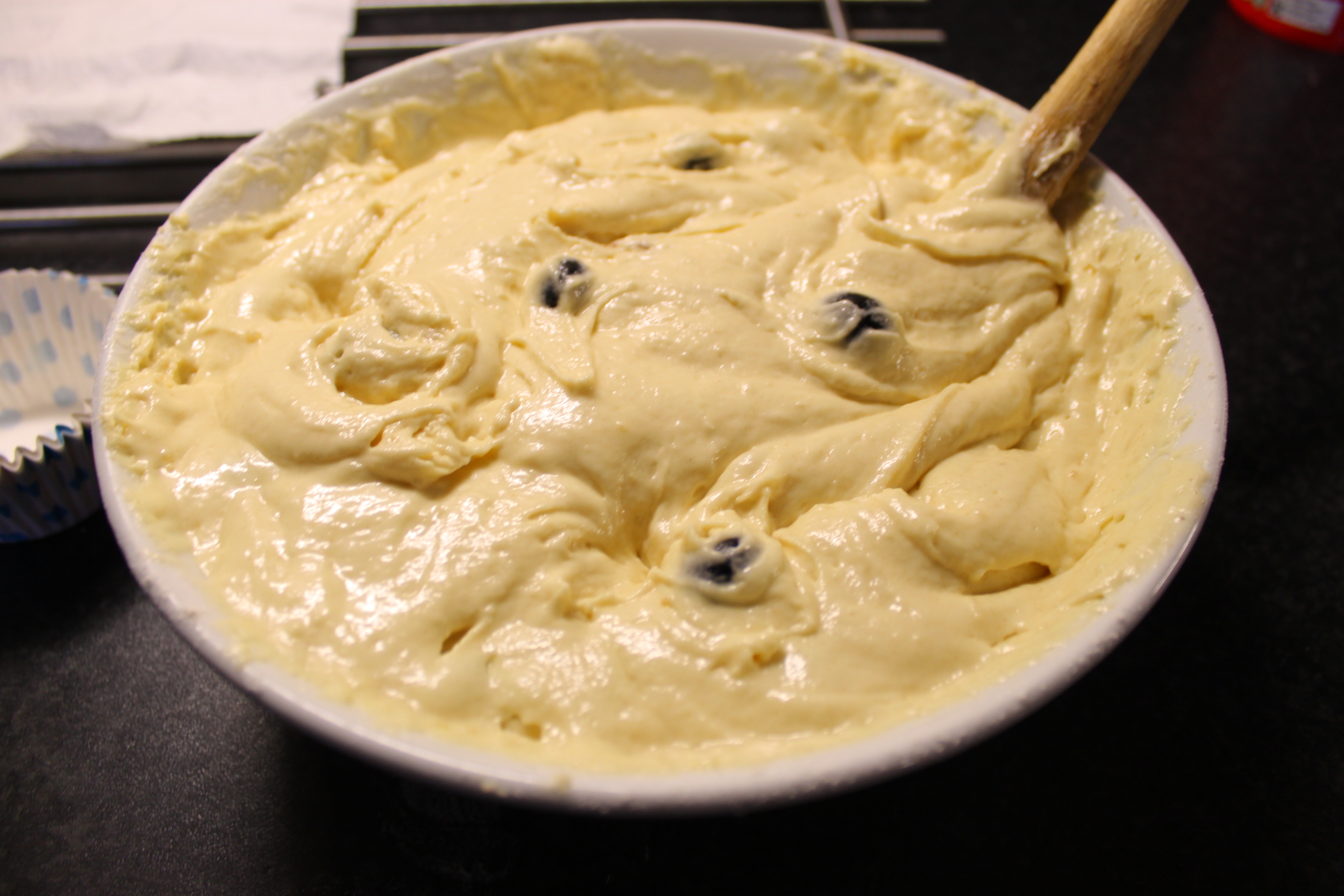 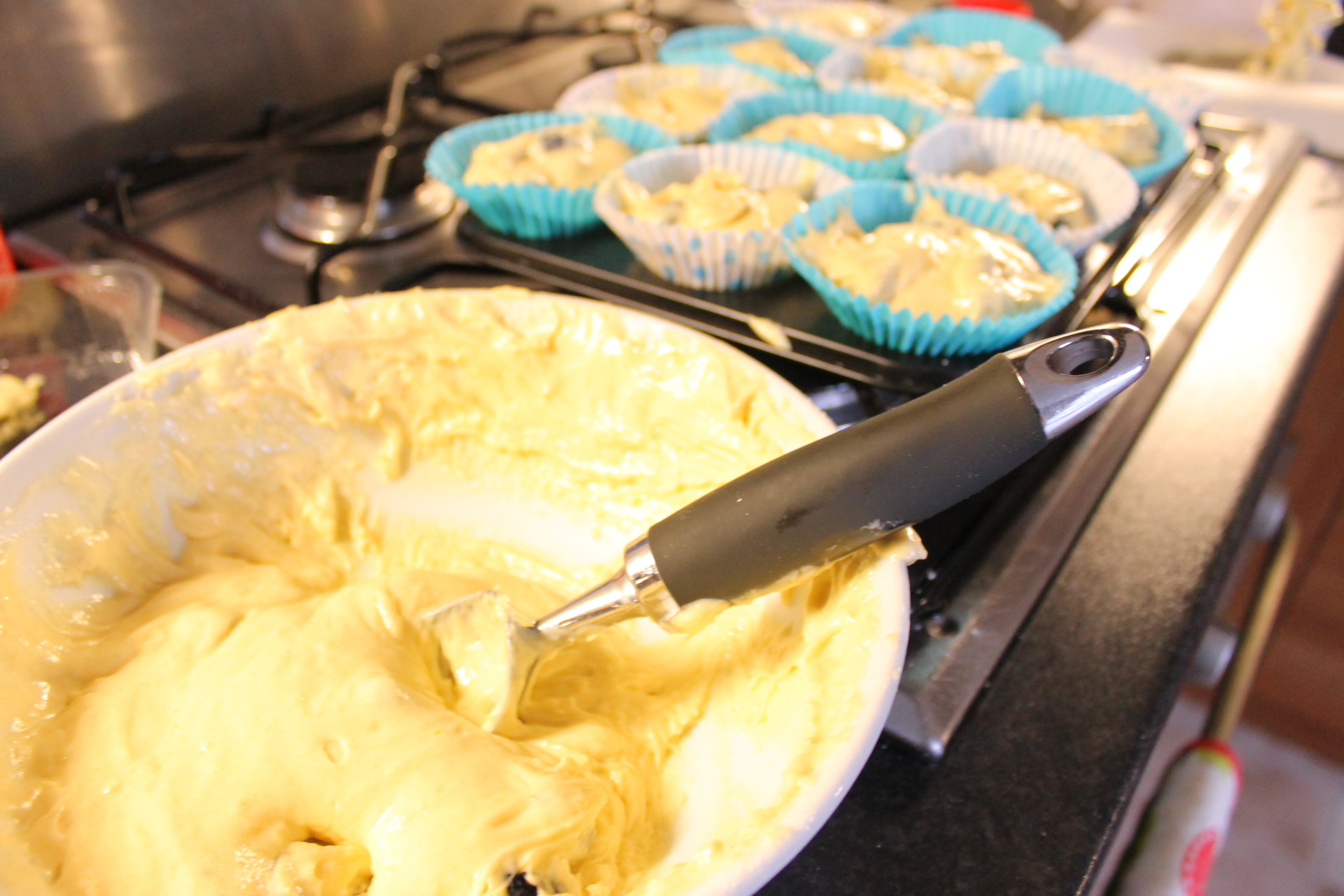 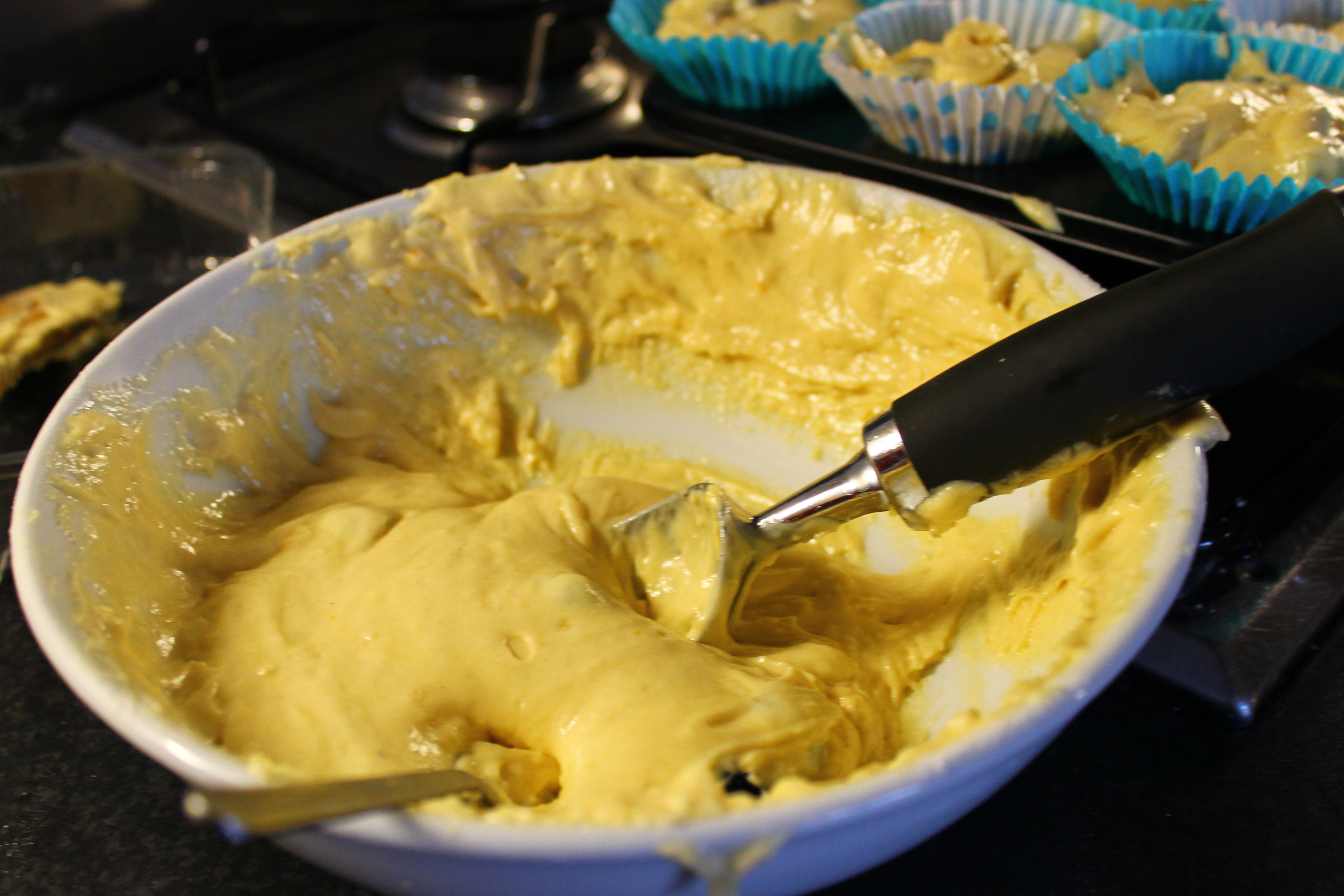 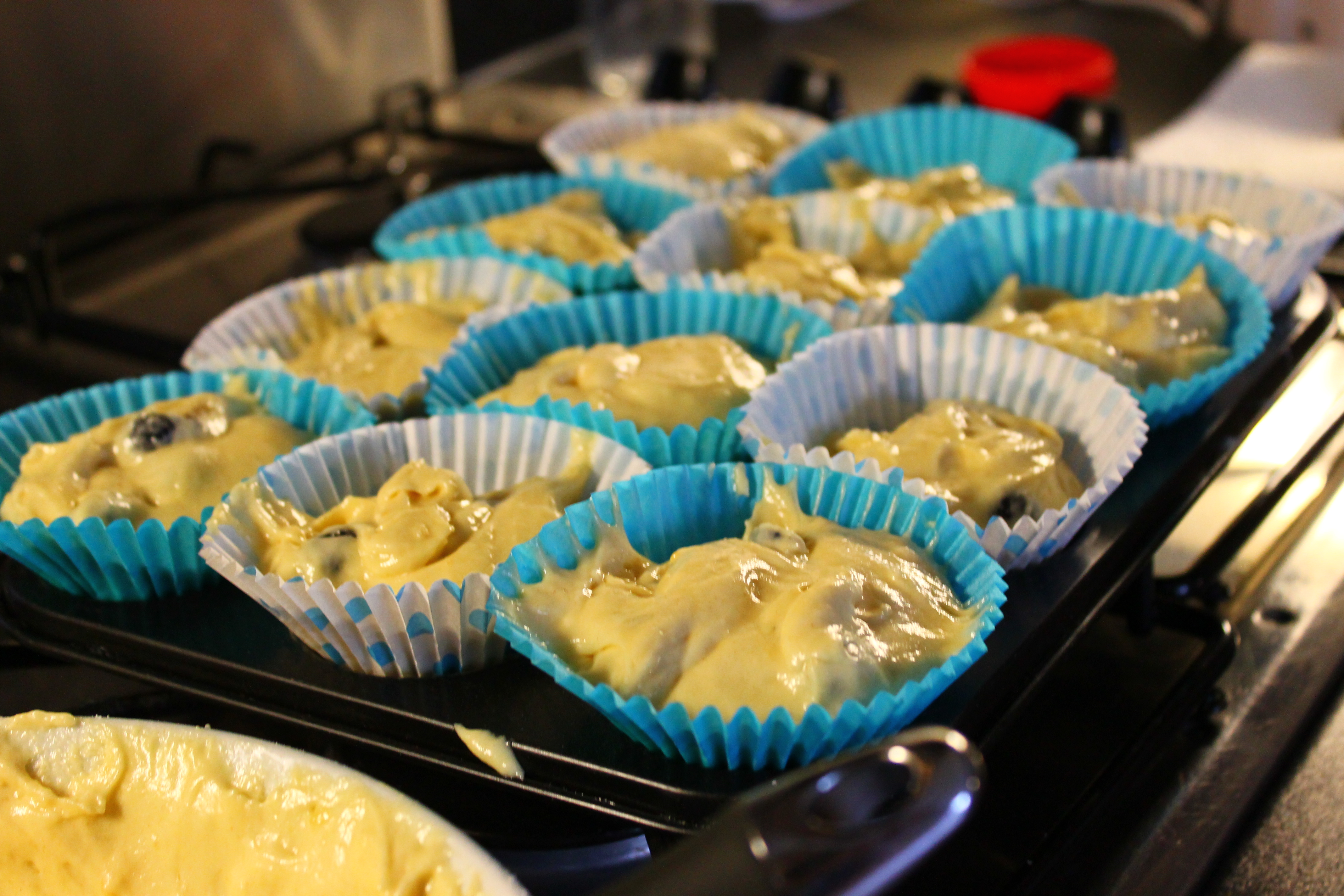 So depending on what you’re familiar with it’s either: 375 Fahrenheit, Gas mark 5 or if you have a fan assisted oven like I have it’s 175 Degrees.) 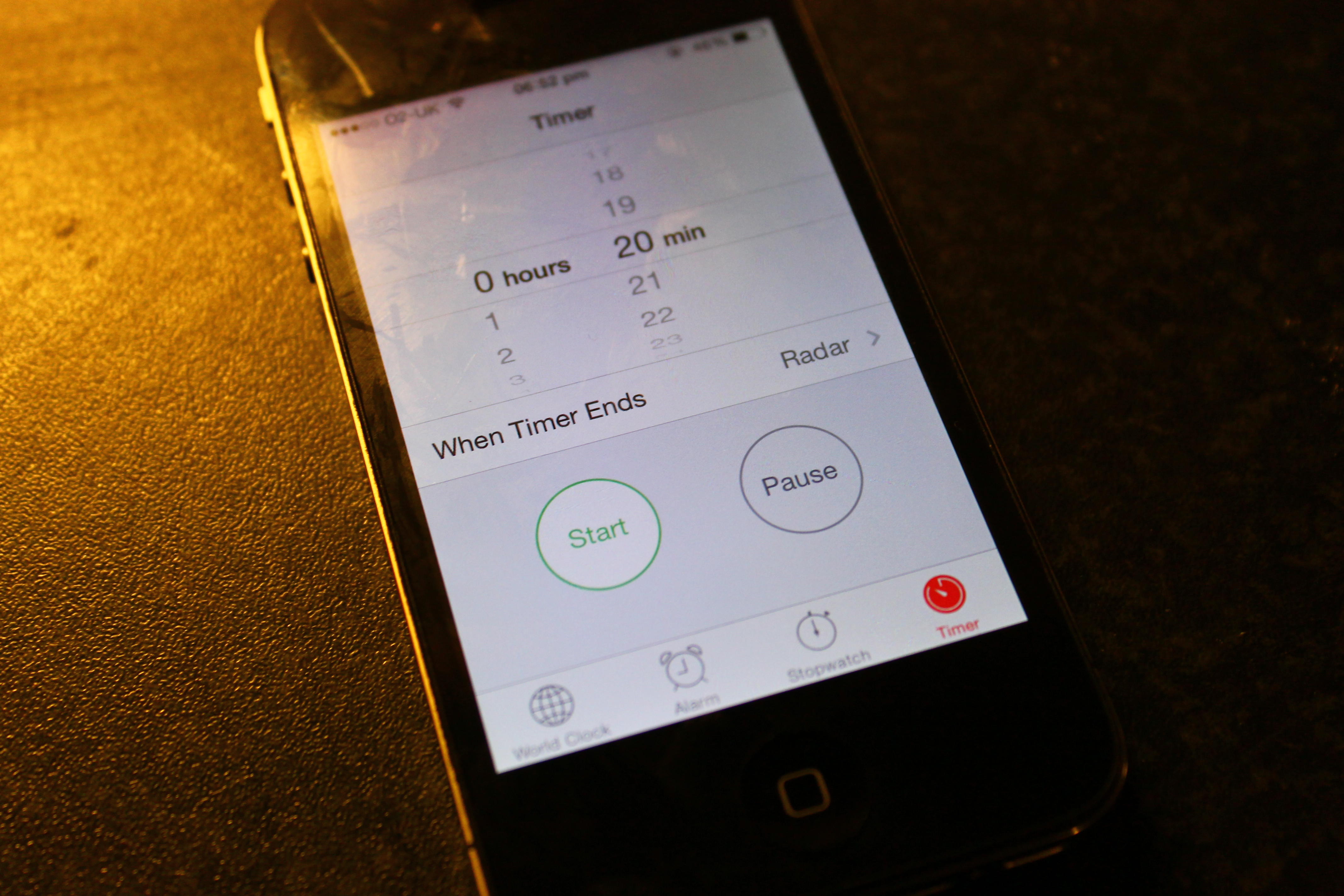 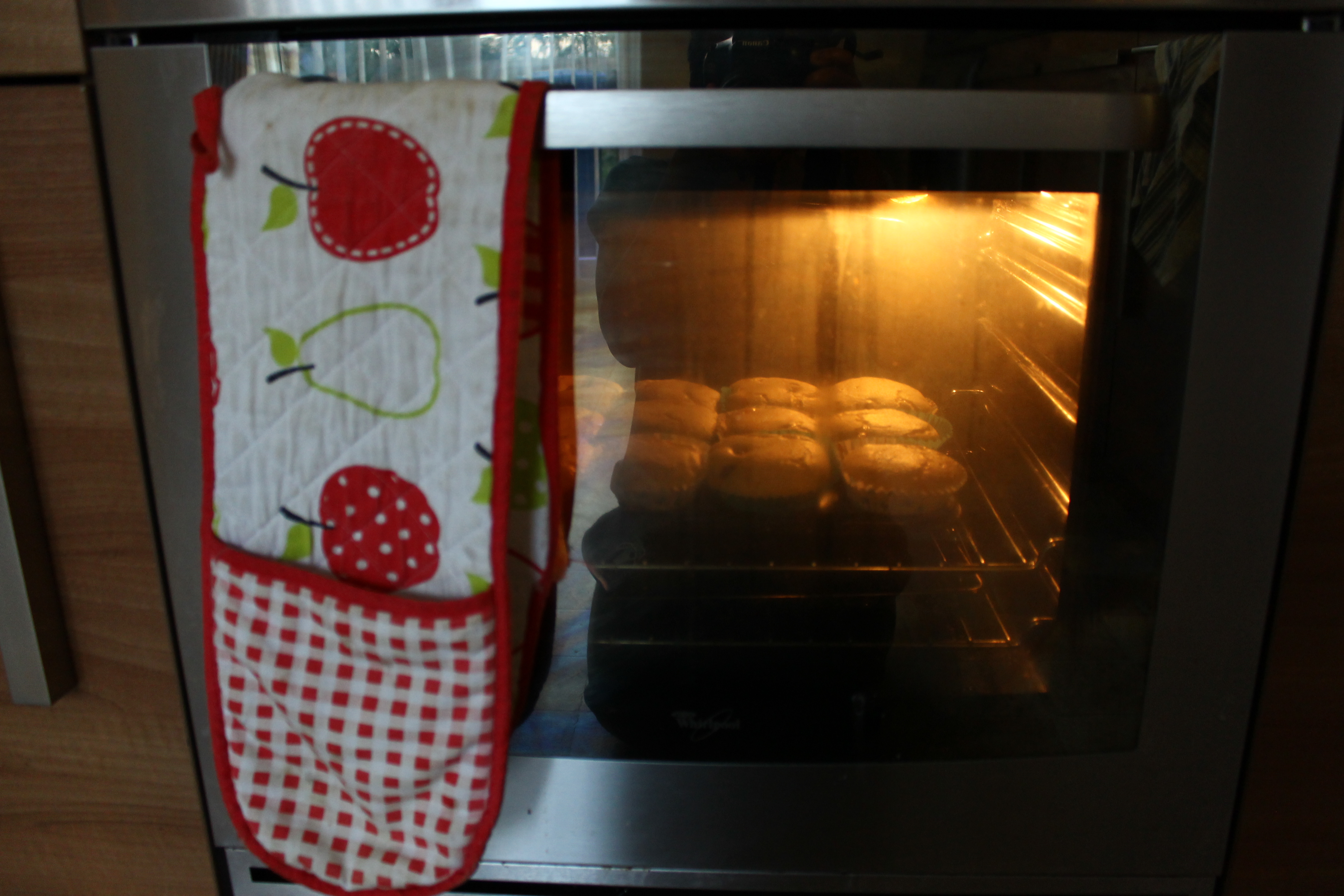 Enjoy the yumminess! It wen’t well with the Iced coffee I made earlier. 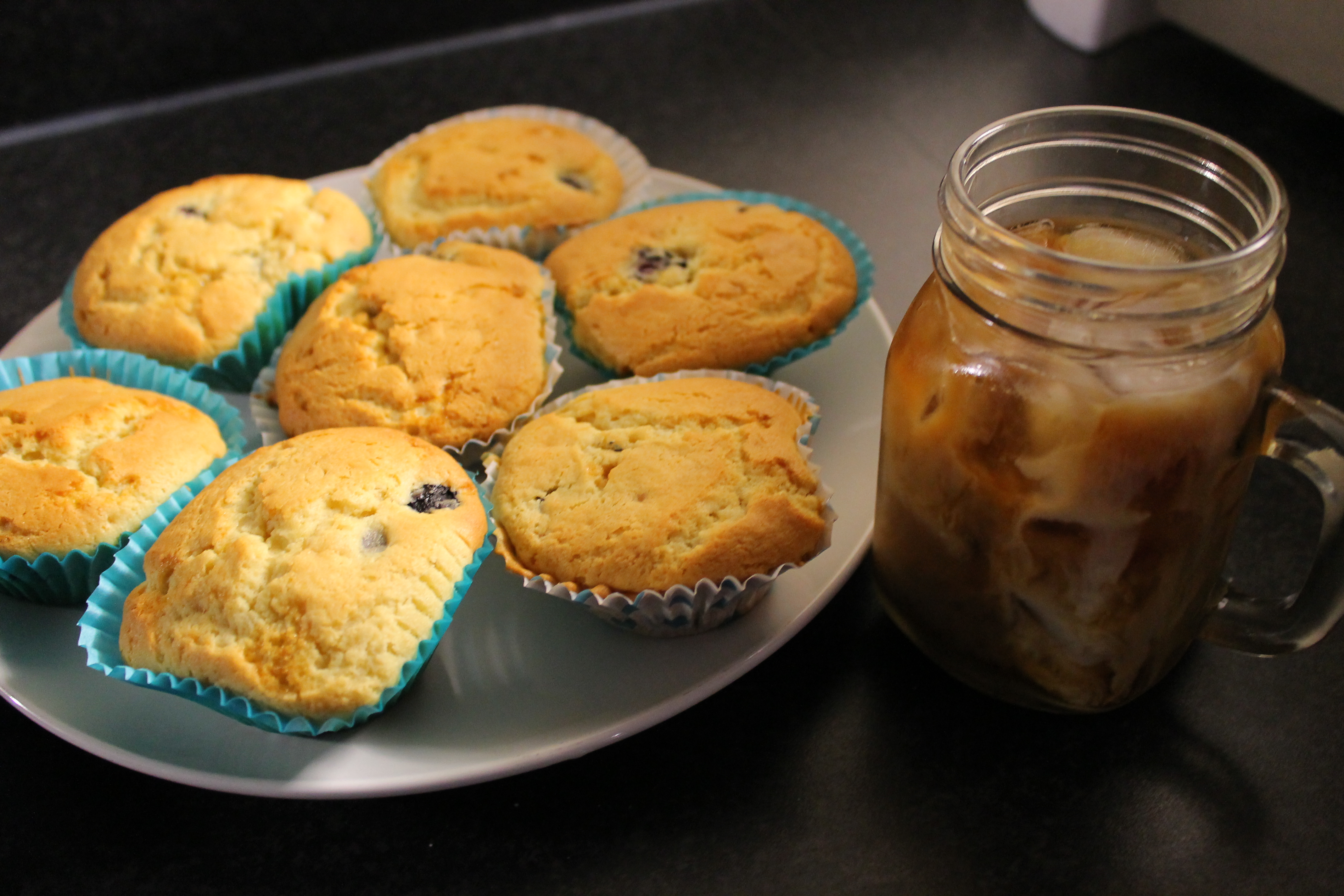 …  although for me that was after the cleaning! Actually that’s a good point…do the contestants on the GBBO have to clean up after themselves after each challenge?