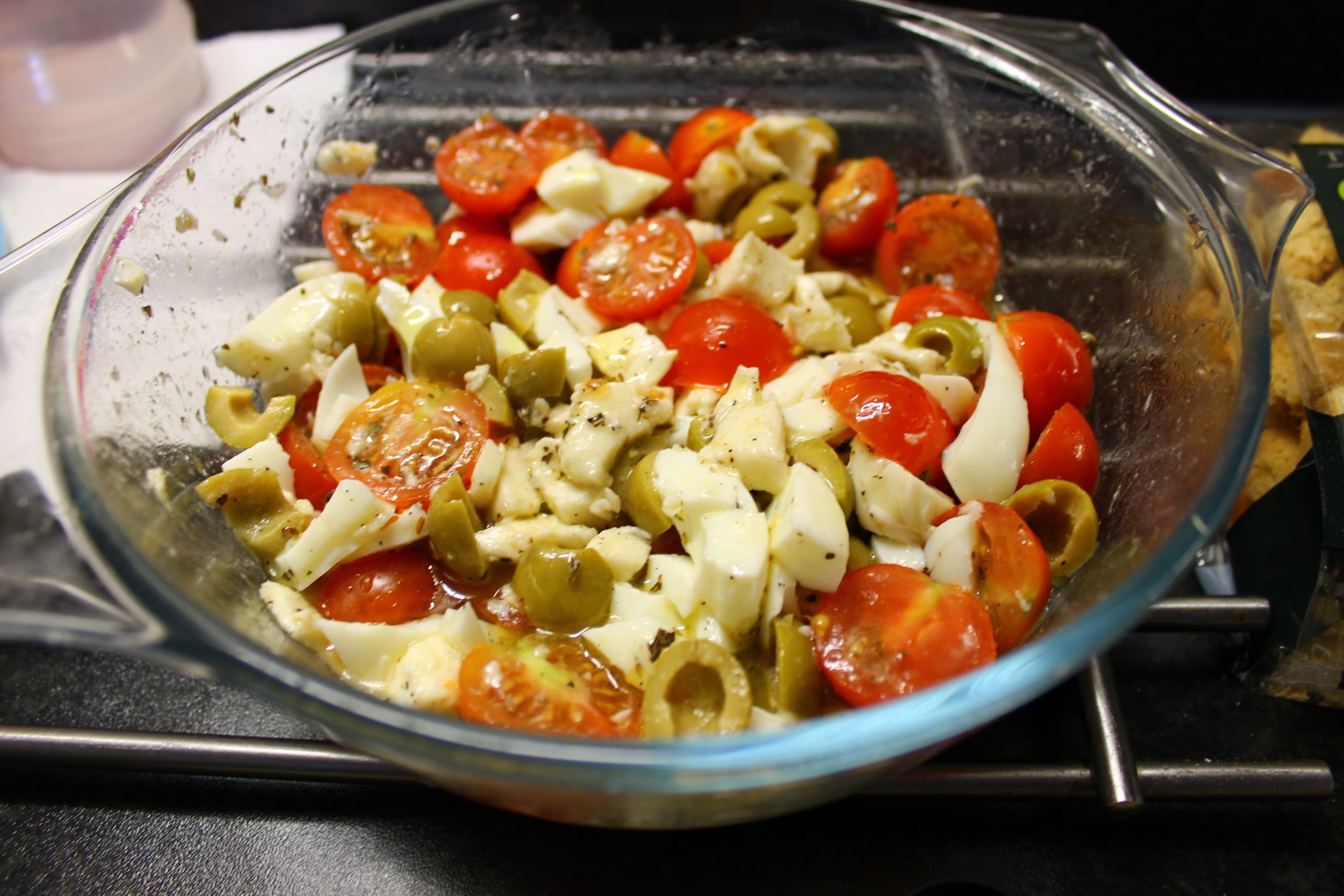 I learnt this little quick and very easy to make recipe from my partner in crime, who never lets me cook… even in my own kitchen it seems. Although I’m not complaining because I get my own chef and the chance to try authentic homemade Spanish and Chilean dishes.

He was kind enough to tell me his recipe so I could try making it on my own while I was away from him. It’s a great classic Italian salad and it goes well with Pastel de Choclo ( basically a Chilean sweetcorn pie, which he made for me too.) And like I’ve already mentioned, it’s very easy to make and personalize and experiment with.

So here we go. 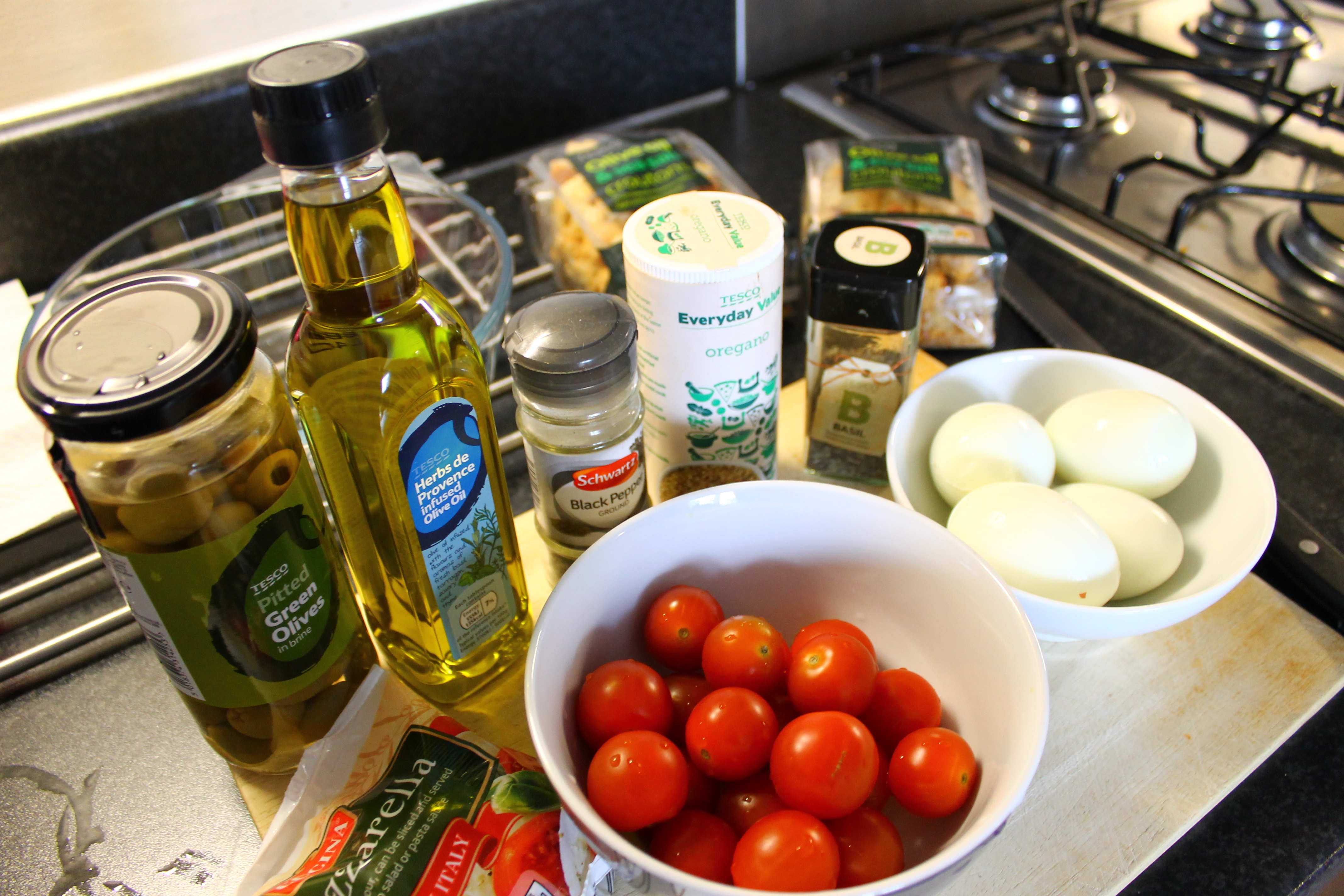 Optional Ingredients added for a twist: 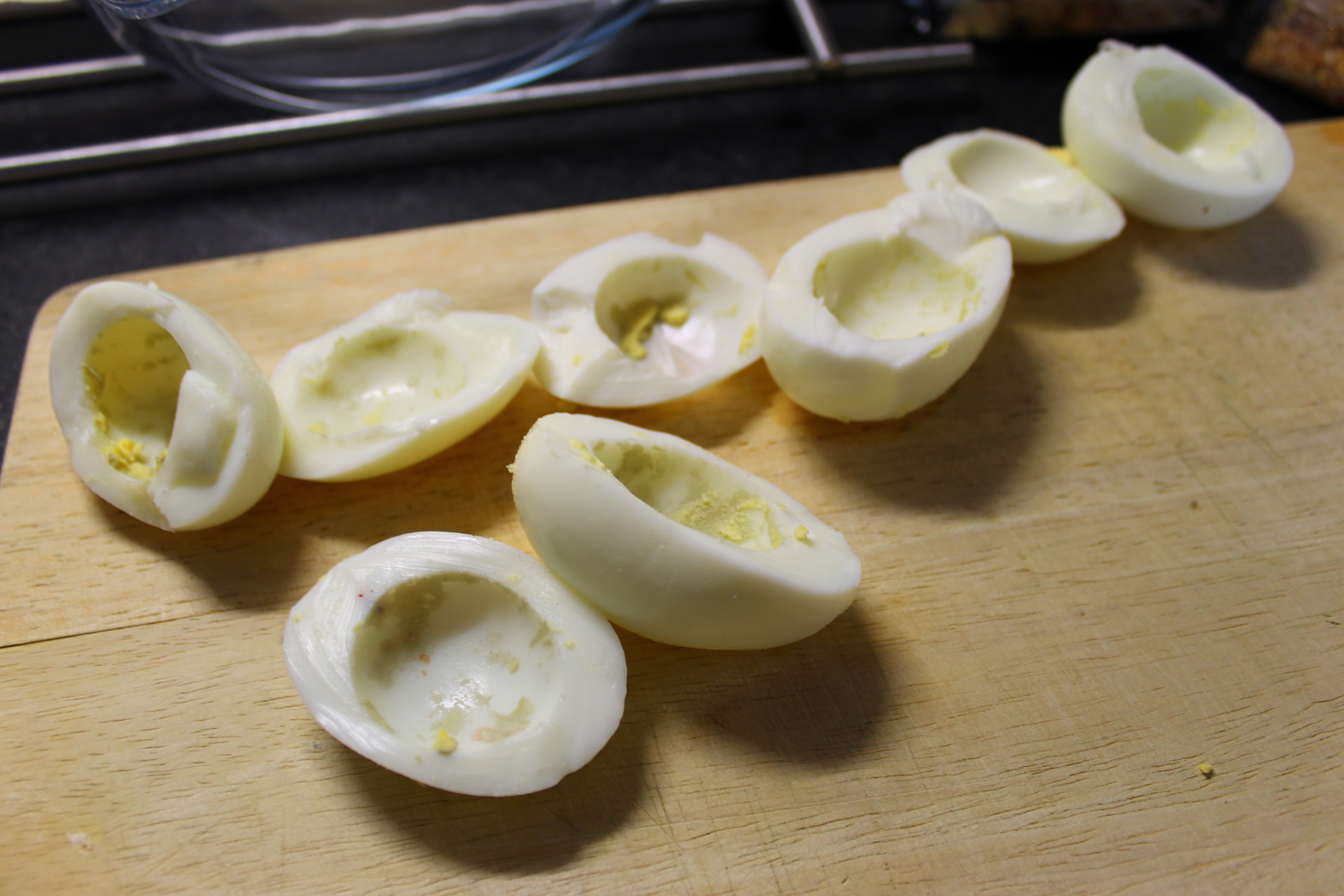 Method in the madness:

Add the chopped cherry tomatoes and boiled eggs into a large bowl or dish and gently mix together.

Then add in the mozzarella and chopped olives and repeat the process until it is all evenly mixed in together.

How much olive oil you add in, depends on your tastes, and health choices. Personally I don’t like food that’s too, too oily so I tried not to go overboard with this.

However you have to also make sure the salad is evenly covered. I would start with 2 tablespoons of oil and see how you feel. I eventually added in about  8 tablespoons until I was satisfied with the coverage.

Then mix well until all the ingredients are evenly covered. 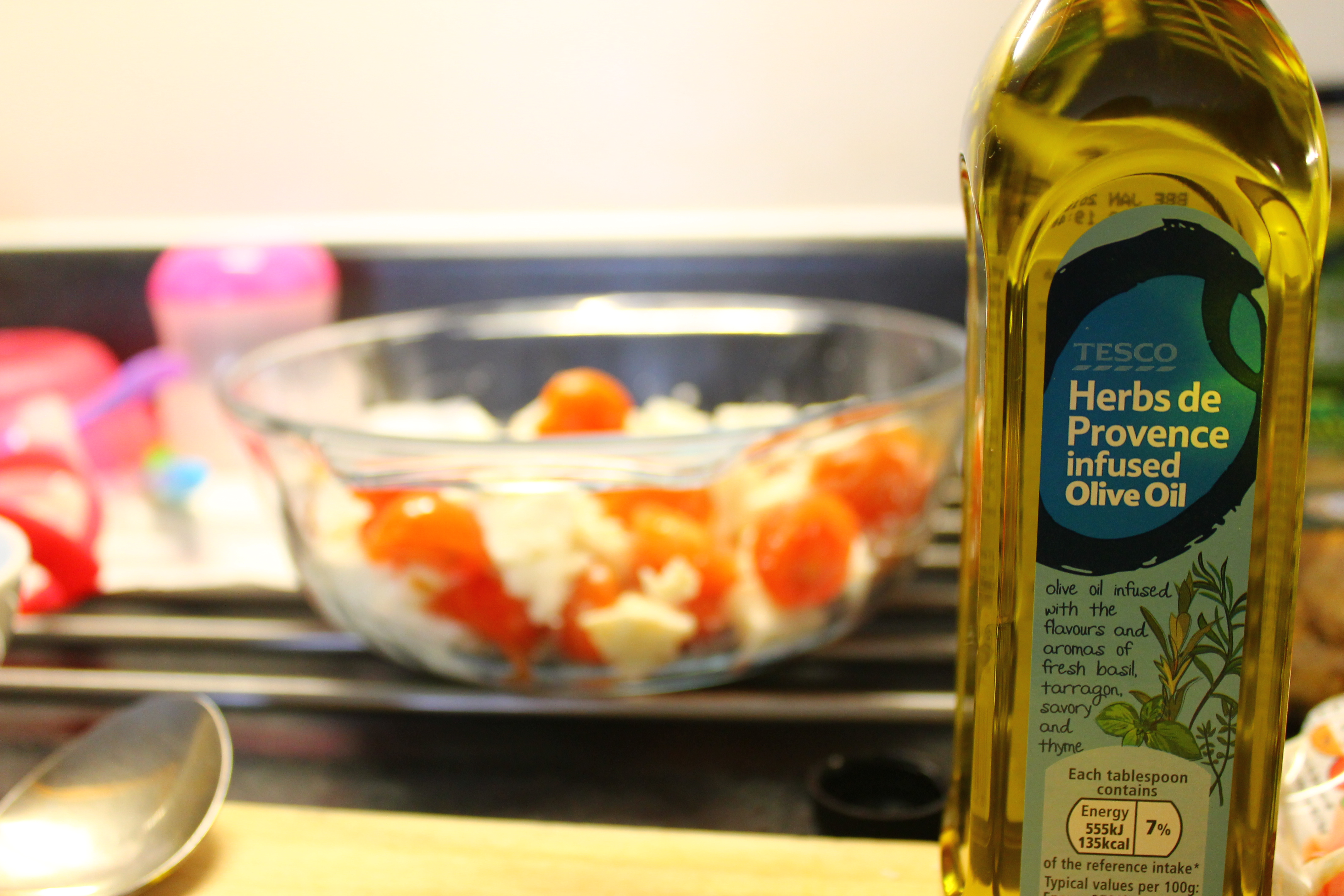 To start off with:

Then mix it all in well until the ingredients are evenly coated. Add more Black Pepper or Basil to taste if you need to. I would hold off adding in too much Oregano as it’s such a strong spice.

Also at this stage add in more Olive Oil if you feel the need to.

Cover the dish and place in the fridge until it’s ready to serve. Preferably for at least 20 minutes so it gets a nice chill

When you dish out the salad don’t forget to sprinkle on some Croutons!